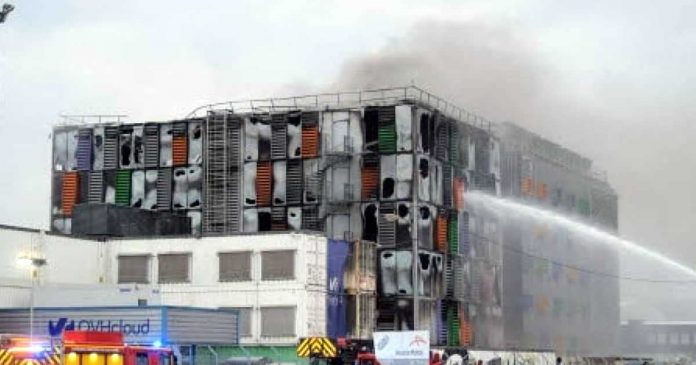 One of the most important data centers in the world — the French web hosting provider OVH has suffered a fire in its data center located in Strasbourg in the early morning hours of Wednesday. And multiple OVH services are inoperative around the world due to the event.

This was announced by Octave Klaba, the founder of the platform via Twitter, explaining the damage to its infrastructure.

Firemen were directly on site, but the fire in the SBG2 data center could not be controlled, and the system was probably completely destroyed, as stated in the entry on the OVH status page. The SBG1 data center is also damaged. The other operating systems at the location, SBG3, and SBG4, are therefore currently completely isolated and offline.

OVH customers have also been advised to activate their “Disaster Recovery Plan” as long as their production systems are hosted at the Strasbourg location.

Fortunately, the platform employees appear to be safe. The fire has, in fact, already been put out, although firefighters have yet to clean and insulate all the buildings. So much so that not even Klaba has access to the buildings.

OVH is one of the largest cloud hosting and internet service providers in Europe and operates 31 data centers worldwide, four of which are currently no longer usable. This apparently also leads to major problems with a large number of the OVH services, as can also be seen from the OVH status page.

According to Klaba, the OVH team has now entered and checked the unaffected data centers and the partially affected SBG1. The systems there are therefore switched off but otherwise not affected by the fire. Those involved are now planning to bring them back online as soon as possible, but a schedule cannot yet be given.

Data centers are actually built with a particularly high fire protection standard, but it still unknown what caused the fire.