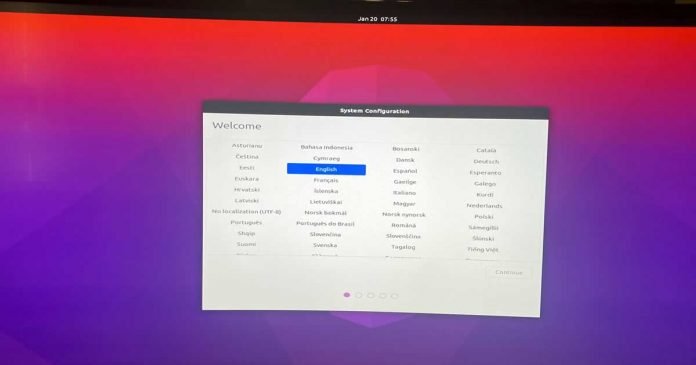 For many people, there is only one downside to switching to a Mac powered with Apple M1 — the macOS operating system. Loved by many and hated by others, it is a system to get used to, especially if you come from Windows.

The solution may be to install another operating system, as long as it is compatible not only with ARM but with the new M1 chip. Developers are already working on porting Linux to the Apple Silicon processors while some managed to run Windows 10 on the new MacBooks, and now they have done the same with Ubuntu Linux.

Corellium developers have managed to run Ubuntu Linux, the most popular desktop Linux distro, on a new Mac Mini with an M1 processor. The striking thing is that they have managed to run the graphical interface and enjoy a relatively good experience.

Corelliumt has specialized in “tickling” Apple, and they are the one managed to install Android on an iPhone and recently won a lawsuit for its software capable of emulating iOS.

It is an impressive advance, considering that it is completely new hardware — typically, it takes many more months and even years of development to support the new equipment.

It’s not that it’s perfect. The big hurdle right now is accessing the GPU for graphics acceleration, which would help a lot for desktop effects, and is essential for running 3D applications and playing the high-resolution video.

Unfortunately, that is a problem that was already foreseen in its day, by Linus Torvalds himself, creator of the Linux kernel, who pointed to the GPU integrated in the M1 as the main concern to create a version of the kernel for the new Macs.

The easiest thing would be for Apple to make its GPU specifications public so that projects can access it, but that is highly unlikely. So there’s still a lot of work to do, and Ubuntu on newer Macs isn’t a viable option yet. At least, there is already code to adapt Linux to the M1, released by Corellium.