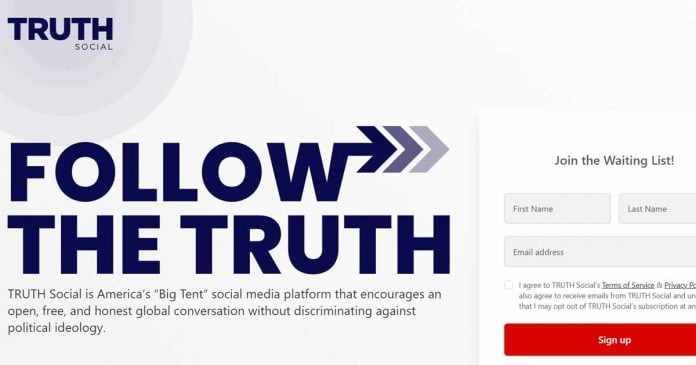 The entrepreneur and former US President Donald Trump announced the launch of his own social network TRUTH Social.

With TRUTH Social, Trump, who was blocked in major social networks, plans to fight the information monopoly of large tech companies. He said the platform would “stand up to the tyranny of big tech“, accusing them of silencing opposing voices in the US.

The social network is already being prepared for testing. Now anyone can sign up for the waiting list, for this you need to leave your name and surname, as well as your e-mail. Testing with the participation of invited users will begin in November 2021, and the full launch of the resource is scheduled for the first quarter of 2022.