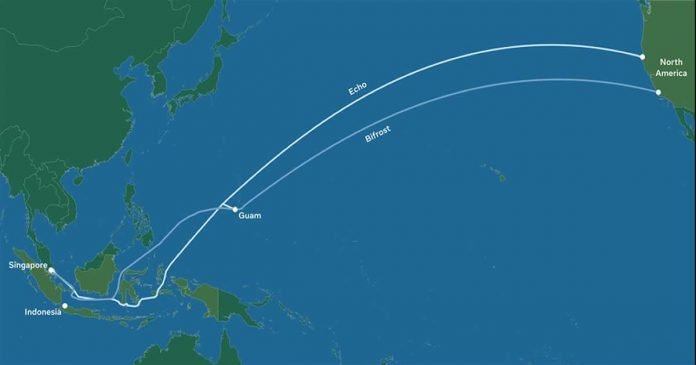 Facebook is planning two new submarine cables between the US west coast, Singapore, and Indonesia, a rapidly growing region in the Asian economy.

As Facebook announced on March 28, 2021, in its engineering blog, the submarine cables will be named Echo and Bifrost.

The project must first be approved by the authorities in the US, which is made much more difficult by the economic war between the US and China.

Facebook also did not provide any information on the investments. Google says it has a stake in Echo, one of the two submarine cables. “Echo will be the first submarine cable to connect the US directly to Singapore via an express route with direct fiber pairs, reducing latency for users connecting to applications where Google Cloud Platform (GCP) is one of the most dynamic Financial and technology centers of the world is used, ” explained Google.

According to Facebook, partners include Indonesian companies Telin and XL Axiata, as well as Singapore-based Keppel. Kevin Salvadori, Facebook’s vice president of network investments, shared more details in an interview with Reuters. He said the Echo is being built in partnership with Google and Alphabet’s XL Axiata and should be completed by 2023.

According to a statement by Keppel, Bifrost is over 15,000 kilometers in length. Its share in the total project costs of the Bifrost cable system will amount to around $350 million.