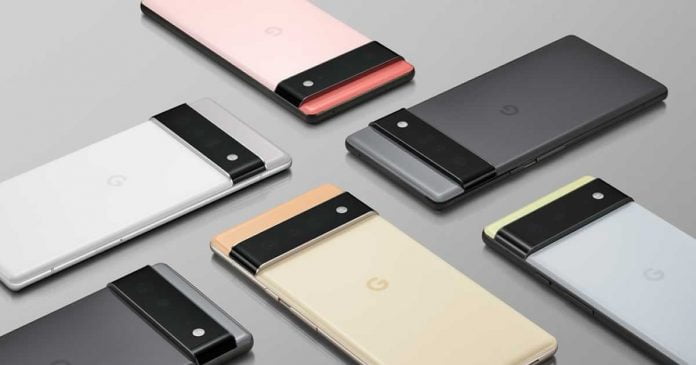 Google has officially shown its new smartphone models, Pixel 6 and Pixel 6 Pro, for the first time and also confirmed that Pixel 6 is going to be powered by the company’s first-ever smartphone SoC — Google Tensor alias Whitechapel.

Google Tensor is the first self-developed SoC that the company has specially tailored for the Pixel smartphones, and that will be the centrepiece of the Pixel 6 and Pixel 6 Pro next fall. The focus is on artificial intelligence because Google says it has reached its limits that have prompted the company to develop a technological platform for mobile devices that enables Pixel users to use the most innovative AI and machine learning features to offer.

According to Sundar Pichai, CEO of Google, the company spent four years developing the new SoC. “Tensor builds off of our two decades of computing experience, and it’s our biggest innovation in Pixel to date.” he posted on Twitter.

Google also shows pictures of the two new smartphones and confirms the continuous camera bar on the back, which appeared in leaks. The improved sensors and lenses are simply too big to fit into the previously used camera square, which is why the entire camera system is housed in the raised camera bar.

The Pixel 6 Pro comes with three cameras, including a telephoto with four times optical magnification. The Pixel 6 will have two cameras; Google has left out the telephoto on this model. The other two cameras are said to be the same as on the Pro model. There is still no information on the technical details of the cameras.

Both smartphones are due to appear in autumn 2021, and Google has not yet announced details of further technical specifications and prices.