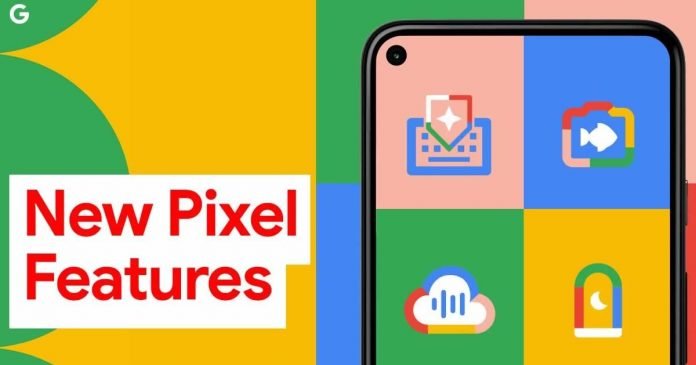 Google has announced new features for its Pixel smartphones. Beyond the annual Android updates and monthly security updates, Google continues to improve its phones with updates that add new features, some of them exclusive for their phones.

In March 2021 Feature Drop update, Google has announced a new audio recorder for Pixel smartphones. The Pixel’s current recorder app lets you record, transcribe (English only), and search for interesting audio moments. The new update allows you to share the audios through a simple link that can be sent to anyone so that they have direct access to it.

This function is complemented by a web page where the user can find all the recordings, view the transcripts, and search for files. Something like a personal cloud where all the recordings are stored and automatically synchronized from the Pixel.

The second of the novelties come to land directly on the camera, another of the great assets of the Google Pixel. On this occasion, the company is going for the most difficult one yet — taking photos underwater.

To do this, the Pixel users will have to use a specific case from the Kraken Sports brand and then use the camera app as they usually do on the surface. According to Google, all camera modes such as portrait, night view, and even motion photos and video are activated.

The next novelty announced by the Pixel team is the keyboard developed by the company itself — the Gboard. It is about the Smart Compose function (something like intelligent writing) that is able to learn from us to complete the sentences while we write. With this update, the Pixels incorporate this function into some of their messaging applications.

The penultimate of the additions comes as a part of the so-called Digital Wellbeing. The one that allows us to disconnect from the phone when it is time to sleep. In fact, the function itself is called “Bedtime,” and its function is to adapt the Pixel screen to the dream transition.

You just have to place the smartphone on the Pixel Stand (a wireless charging base from the company), and a new night screen will appear with redesigned notifications. The feature is available for Pixel 3, Pixel 3 XL, Pixel 4, Pixel 4 XL, and Pixel 5.

Finally, Google incorporates a series of wallpapers on the occasion of International Women’s Day, which is celebrated around the world on March 8. Behind the designs is the Spanish duo Cachetejack. The update will be staggered and will arrive in the next few hours and days to all Google Pixel users.