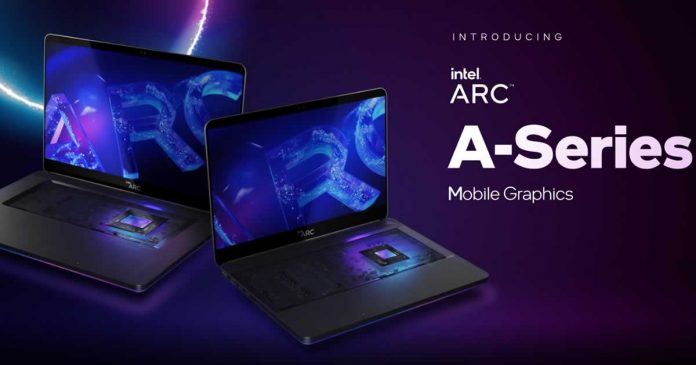 Based on the Xe High-Performance Graphics (HPG) architecture, the first generation of Arc is internally called Alchemist, is made by TSMC with the N6 production process.

The first thing to know is that Intel Arc, in a similar way to processor nomenclature, will be divided into three numbered series: Intel Arc 3, Intel Arc 5, and Intel Arc 7.

The first of them, the most basic of all and intended for ultra-light and thin laptops, will be available from now — for OEM partners — with the A350M and A370M chips, which aim at 1080p gaming and up to 90 FPS (frames per second ). The higher performance GPUs, however, will see the light until the summer of this year.

These are all the versions of the first generation with their respective characteristics:

Intel Arc cores are also distinguished by embracing Xe Matrix Extensions, a technology that, compared to a traditional GPU, increases up to 16 times the computing capacity to perform artificial intelligence processes.

Intel Arc will support Microsoft’s DirectX 12 Ultimate, which in turn opens the door to Ray Tracing, variable-rate shading, mesh shadowing, and sampler feedback. Intel claims that it is capable of running a game at 4K resolution while maintaining the performance (FPS) that we would have with native 1080p.

Another pillar will be Deep Link, which guarantees full compatibility of Intel Arc with processors with integrated graphics from Intel itself. The goal is to take advantage of both chips to increase performance in games, content creation and streaming.