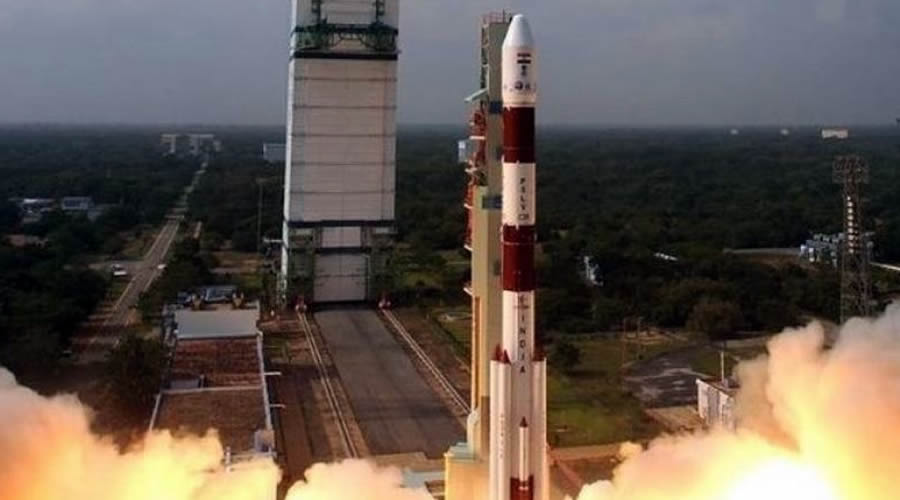 And with this mission India became the first country to launch the most satellites on a single rocket. Currently, the Russian Space Agency holds the record with 37 satellites being launched in one go in 2014.

Last June, ISRO had sent up 20 satellites in one go, its personal best. It is using the same rocket this time — the XL version of the popular PSLV, to push the boundaries of efficiency and effectiveness in space launches.

The PSLV is carrying a 714 kg main satellite for earth observation and 103 smaller ‘nano satellites’ which would weigh a combined 664 kg. In total, the entire launch will be carrying a satellite mass of about 1,378 kg.

Of the 101 co-passenger satellites, 96 of these belong to USA, and one each are from ISRO’s international customers Israel, Kazakhstan, Netherlands, Switzerland and United Arab Emirates. Two of India’s nano satellites, weighing about 30 kg, will also piggyback off the rocket.

The two Indian nano-satellites are ISRO’s INS-1A and INS-1B. INS-1A and INS-1B will carry a total of four different payloads from Space Applications Centre (SAC) and Laboratory for Electro Optics Systems (LEOS) of ISRO for conducting various experiments, the space agency said.