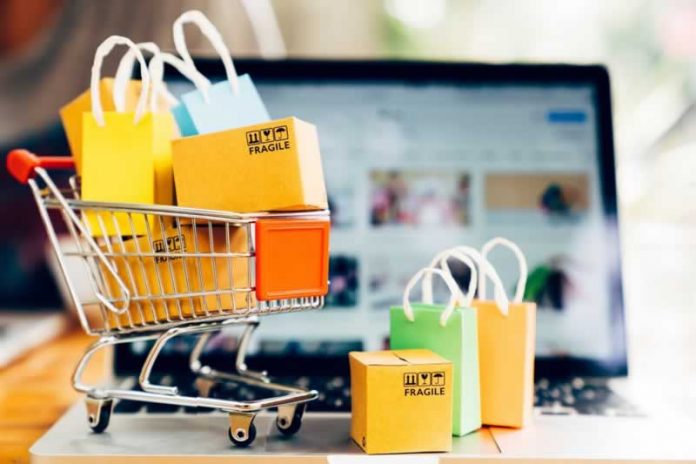 Today, live streaming is everywhere. Live coverage of the news as they happen has been with us for ages – but now, you can live stream pretty much everything from animals at the zoo to grass growing. One of the most widely used forms of live video streaming is the one you’ll encounter at online casinos where traditional games, as well as innovative content like game shows and lottery draws, are available as live streams. You simply choose your preferred live casino game and a dealer and dive right in, no matter if you use a computer or a smartphone: you can place your wagers through a digital interface and follow the events as they unfold in real-time.

But one of the most interesting areas where live streaming has carved out a place for itself is – no, not watching grass grow but shopping. Livestream shopping is an increasingly popular phenomenon around the world, offering potential customers a more in-depth way to choose and buy a product or a service.

What is Livestream Shopping?

Livestream Shopping is pretty much what its name suggests: you can follow a live stream of a person using or presenting an item or a service and, at the same time, you have the possibility to use it. It is a combination of traditional retail outlets known as “showrooms” and eCommerce that takes the best of both worlds, resulting in a synergy that seems to be increasingly popular among shoppers.

Livestream shopping is as disruptive as it gets: it combines the accessibility of social media and online shopping with live video streaming, and adds a bit of celebrity to the mix. Influencers and celebrities – but local store owners and everyday folk like you and me, too – can set up their own livestream shopping channel on social media and start selling right away. Of course, there’s the question of the audience – but that’s a story for another day.

Livestream shopping is big business. In 2019, streaming e-commerce (or live selling) has generated more than $60 billion in sales around the world, especially in Asian countries like China. At the end of last year, analysts estimated the value of live selling to double – considering the many lockdowns and other restrictions, this was not far-fetched at all.

According to a Forbes report from last November, Taobao’s “11.11 Global Shopping Festival” generated more than $3 billion from its live selling streams alone, with 33 individual channels achieving sales of $15 million each within 24 hours.

Livestream shopping has first emerged in Asia, especially in China, as a logical evolutionary step for the combination of social networks and massive online retail outlets like Aliexpress and Taobao. First emerged in 2017, this form of “disruptive retail” received a massive boost recently thanks in a large part to the lockdowns and restrictions we’ve all been subjected to last year.

All the rage in China

Livestream shopping is already all the rage in China, and it is spreading in the rest of the world, too. According to some estimates, this form of retail will reach new heights, generating a fifth of all retail sales in China by 2022.

In 2019, 256 million Chinese shoppers have bought items from a live stream. It is slowly spreading in the West, too – but it’s at its very beginning: only $1 billion of the global live sales were generated in the US. This, in turn, was more than enough for the big platforms to see its potential. Amazon already has its own streaming service, and so does Facebook – the Big Blue social network has even integrated streaming eCommerce capabilities into its Marketplace, and some retailers are also exploring a potential expansion toward this area.

While streaming e-commerce sounds complicated, it’s really not – it can be integrated seamlessly into the retailers’ existing social channels and marketing efforts. It doesn’t need much more than traditional marketing – research, community building, and the right products to promote the right way. When done right, live selling can generate not only increased sales but awareness and customer loyalty as well. Moreover, it represents an exciting new means through which influencers can extend their reach and monetize their audience further.