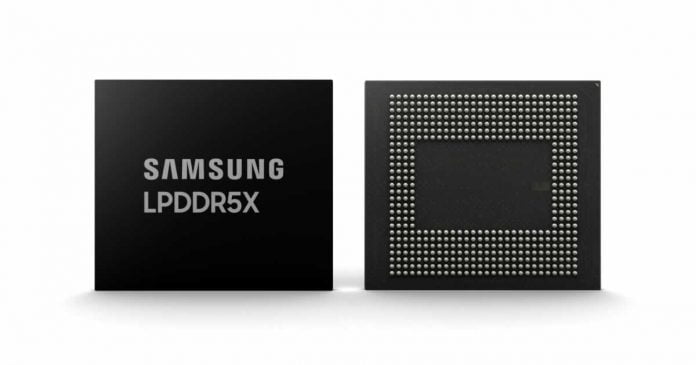 The new memory, according to the company, was designed to give further impetus to the growth of areas such as “5G, artificial intelligence and metaverse” where high computing speeds are required.

Until now, the cutting-edge technology was LPDDR5, which is what all mobile phones with the Snapdragon 888 use. The new standard will presumably be completely adopted by LPDDR5 in many areas over the next few years.

Samsung claims that its new RAM memory will have a processing speed 1.3 times faster than the LPDDR5 announced in 2018. In terms of capacity, they will be able to offer up to 64 GB per module. Thanks to the 14-nanometer manufacturing process, the new DRAM consumes about 20% less than the LPDDR5.

In addition, the technology used allows the data transfer speed to be increased by 30%, from 6.4 Gbps of LPDDR5 RAM to 8.5 Gbps of LPDDR5x RAM.

Samsung does not specify in its press release when manufacturers will make the LPDDR5X RAM chips available. According to some reports, they could arrive in 2023.