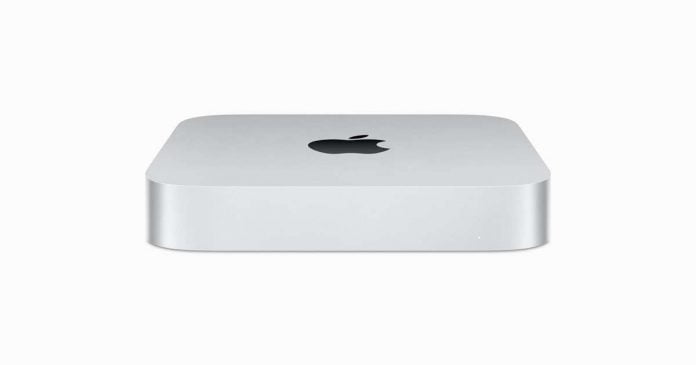 The M2 and M2 Pro CPUs have officially arrived in the new Mac mini, which features the same design as early versions but with significant innovation. The compact computer is also more affordable than ever in its base configuration, giving users more incentive to choose it.

The Mac mini with M2 and M2 Pro is significantly more powerful than previous models. The basic model comes included with an octa-core CPU and a 10-core GPU. According to Apple, the Mac mini with M2 runs Pixelmator Pro up to 22 times quicker than an Intel Core i7 and renders 9.8 times faster in Final Cut Pro.

The M2 Mac mini has two Thunderbolt 4 connections, whereas the M2 Pro variant has four Thunderbolt 4 ports and can accommodate up to three displays or one 8K monitor. Both versions have two USB-A connections, an HDMI port, a 10GE Ethernet port, and an authority input. WiFi 6E and Bluetooth 5.3 are also new additions.

The use of M2 processors allows for unified memory of up to 24 GB with a bandwidth of 100 GB/s, as seen in the MacBook Air. This memory is shared between the CPU and GPU, allowing for more effective use of resources. Furthermore, the Mac mini with M2 Pro supports up to 32 GB of unified memory.

The new Mac mini with an M2 CPU also converts ProRes video up to 2.4 times quicker in Final Cut Pro, up to 50% faster, in particular, Adobe Photoshop tasks, and up to 35% faster in Resident Evil Village. These data provide a rough estimate of how visible the progression is compared to the prior model sold by Apple.

The new generation Mac mini is a powerful and small computer that offers superior performance at a cheaper cost than ever before. The new Mac mini is an excellent option for those who want a powerful computer in a small package.