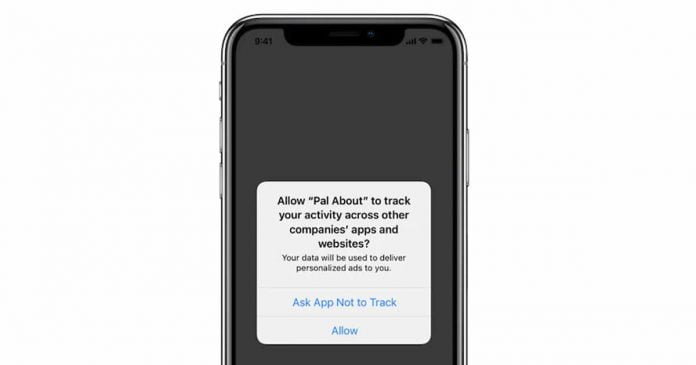 Around 96 percent of all US iPhone users prohibit smartphone apps from using their personal data for advertising purposes. According to Apple Insider, this is the result of a current study by Verizon Media-owned analytics firm Flurry.

App Tracking Transparency (ATT), a new privacy feature that Apple has released in iOS 14.5, has been around for a short time, but according to first data reveals that most users have chosen to keep the identifier of advertising (IDFA) disabled.

The new feature obliges app providers to explicitly ask users for permission if they want to analyze their behavior for the purpose of targeted advertisements and use the corresponding data.

Only if users give their consent when starting the application will the creators of the app have access to the Identifier-for-Advertisers-Tag (IDFA) required for so-called ad tracking.

The current study analyzed the behavior of 2.5 million iPhone owners in the USA. It was found that only about four percent of all users consented to the use of their data. In a cross-border study with 5.3 million participants, this number increased to eleven percent.

Apple makes it possible to completely deactivate the option to request permission in the settings. App providers then do not receive any general access to the IDFA tag and cannot ask for approval. However, only two percent of the US and four percent of the iPhone users surveyed worldwide make use of this option. All others make this decision individually for each app and acknowledge the requests manually.

With the App Tracking Transparency Tool, Apple says it wants to protect its customers’ privacy more effectively. The manufacturer only limits the tracking but does not completely prevent it. Critics fear, however, that the measure could cause massive damage to the online advertising business and dry up important sources of income for app developers.

Apple offers a number of alternative tracking methods that do not individually identify users and can therefore be used without consent. According to the current status, only around 10,000 of them around two million iOS apps available support the mandatory demand for tracking permission. Facebook and Instagram, meanwhile, encourage users to allow tracking so that the apps can remain free.