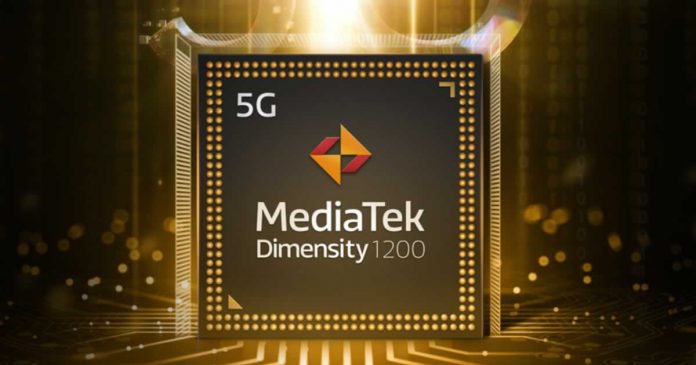 MediaTek unveils its flagship processors — Dimensity 1200 and 1100. Both variants bring the new ARM Cortex-A78 into the processors from MediaTek for the first time. With the Dimensity 1200, the company relies on a higher clocked “Ultra Core” with up to 3.0 GHz.

Like almost all MediaTek solutions, the new Dimensity SoCs are manufactured by TSMC, and Dimensity 1200 and 1100 are MediaTek’s first 6 nm chipsets. With an 18 percent increase in transistor density, 6 nm is supposed to deliver a more efficient overall package than the 7 nm process.

Dimensity 1200 and 1100 can definitely be seen as high-end SoCs, even though they shouldn’t quite reach the level of a Samsung Exynos 2100 or Qualcomm Snapdragon 888 based on the datasheet.

But MediaTek is now also using the new ARM Cortex-A78 for the CPU, the “Ultra Core” of the Dimensity 1200 with up to 3.0 GHz for a particularly high single-core performance, and three additional “Super Cores” with up to 2.6 GHz is used. The Ultra Core comes with twice the size of the L2 cache (512 KB) as the Super Cores. On the other hand, MediaTek does without the Cortex-X1, which Samsung and Qualcomm use as the Prime Core. Four efficiency cores based on the ARM Cortex-A55 with up to 2.0 GHz form the third cluster.

The structure of the Dimensity 1100 is a little less exotic, as there is a classic division into four Cortex-A78 with a maximum of 2.6 GHz and four Cortex-A55 with up to 2.0 GHz.

MediaTek names a powerful image processor (ISP) that is used in a 5-core configuration in both Dimensity chips but has different capabilities. In the Dimensity 1200, the ISP can handle individual cameras with up to 200 megapixels. In the Dimensity 1100 it is a maximum of 108 megapixels. The Dimensity 1200 is also reserved for 4K HDR video recordings in the staggered process with three different lighting levels per frame, which is supposed to provide a 40 percent greater dynamic range. With a dual camera, both chips can handle 16 and 32 megapixels.

For AI-supported recordings, the AI ​​engine “APU 3.0”, known from previous SoCs, plays a role, which is used for bokeh, noise reduction, SDR to HDR conversion, or night recordings. In the Dimensity 1200, however, their performance should be 12.5 percent higher than in the Dimensity 1100 or earlier implementations.

In the Dimensity 1200 and 1100, 5G is fully integrated into the SoC so that no external modem has to be connected, as Qualcomm did until the recently announced Snapdragon 870.

There are also new features such as 5G telephony (VoNR, Voice over New Radio) and dual SIM 5G (5G SA + 5G SA) on board. In the area of ​​connectivity, the SoCs support Bluetooth 5.2 for the first time with the new Fraunhofer codec LC3, which is to replace SBC. Wi-Fi 6 is also included.

The first smartphones with Dimensity 1200 and 1100 should come onto the market towards the end of the first and the beginning of the second quarter of this year. According to MediaTek, Oppo, Realme, Vivo, and Xiaomi have expressed interest in the new chips.