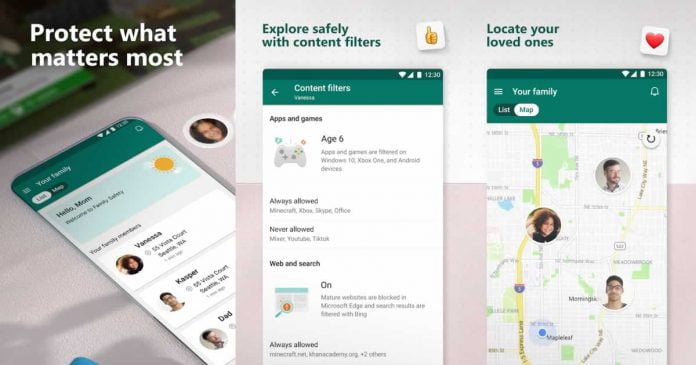 With Microsoft Family Safety, parents can restrict and monitor their children’s digital media consumption on their smartphones, Windows computers, and Xbox consoles.

Create healthy habits to protect your children both online and offline — this is the description of Microsoft Family Safety that clarifies its intentions and purposes.

So the app has cross-platform supports and therefore works not only on the two smartphone operating systems but also on Windows computers and the game consoles of the Xbox series. However, the features are limited in the iOS app.

The Family Safety app allows parents to block websites and search terms. For the time being, however, this is only possible in the Edge browser on Windows, Android, and Xbox. Also, the app allows parents to set filters for inappropriate apps and games — which is also not available for iOS users.

Besides, using the tracker with the GPS of the devices, you can see where your family members are and which are the most visited places, for example, school or work.

In addition to the application, Family Safety also presents a web interface that can be accessed from a browser through your Microsoft account. The web interface functions as a dashboard that allows you to manage every aspect of the control settings.

Among the various functions available, there is the creation of reports on the digital activity of the family, including time spent on websites and a list of searched terms.

The Family Safety app made its debut at the end of July in the Google Play and AppStore, but there are many functions still to be explored and that Microsoft is planning to implement. Soon you can expect more features in the coming months.