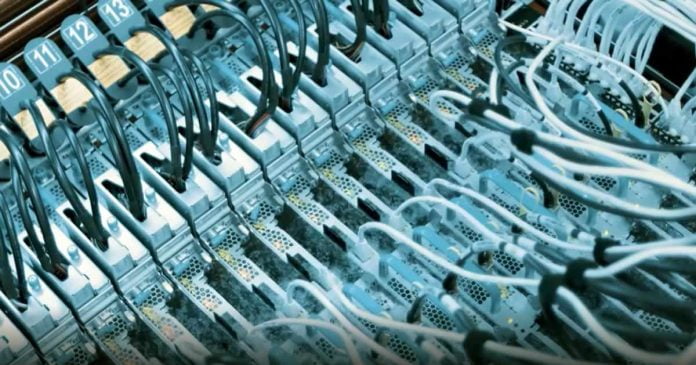 Microsoft has successfully able to cool datacentre serves by soaking the hardware in a special fluid, and the process is known as two-phase immersion cooling.

At the Columbia Datacenter near Quincy in Washington state, Microsoft is testing the effects of immersion cooling: “We are the first cloud provider to have two-phase immersion cooling in production,” says Husam Alissa, Principal Hardware engineer.

The idea in itself is not new, the supercomputer in Vienna called Vienna Scientific Cluster 3 (VSC3) already uses an oil bath, and some large crypto mining farms have also discovered immersion cooling for themselves.

Microsoft is working with Wiwynn for the systems and with 3M for the non-conductive fluid (PDF), which is based on fluorocarbons — presumably Novec 1230 or similar.

Unlike water, it has a lower boiling point and boils at 50 degrees Celsius, which is sufficient to cool the built-in server hardware. The evaporating liquid condenses on the (actively cooled) cover of the system so that it rains down and the cycle starts all over again. According to Microsoft, the power consumption is reduced by 5 percent to 15 percent compared to air cooling.

This two-phase immersion method creates a closed-loop cooling system which reduces costs. This is because no energy is required to move the liquid to the tank, and there is also no need for a chiller for the condenser.

In addition, the water requirement in the data center is reduced — there, the temperature is often pushed into lower ranges by means of evaporative cooling, which Microsoft wants to avoid with liquid immersion cooling. The manufacturer plans to replenish more water than it consumes by 2030.

Microsoft’s main goal is to achieve the target of zero water use. This two-phase immersion cooling system project will probably help Microsoft achieve that target.