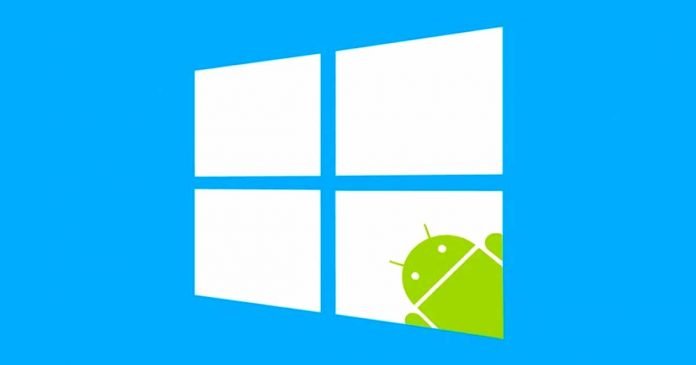 Microsoft is working on a new project under the code name “Project Latte” — that will allow Android apps to run on Windows 10, with little or no code changes. The key will be to make things easy for developers, so they can launch the same app in the Play Store and in the Microsoft Store; the latter, to be able to install it on the computer.

According to Windows Central, for this purpose the apps are provided in MSIX package format and offered via the Microsoft Store. Microsoft plans to provide the right technology for this as early as 2021.

The “Project Latte” follows the “Project Astoria,” a Windows Bridge for Android, with which the company tried at the time Recruiting app developers for the Windows platform. The developer tool was discontinued at the end of 2015.

With Project Latte, Microsoft aims to make Android apps run on Windows 10 and be supported by the Windows Subsystem for Linux (WSL). According to Windows Central, this would have to be expanded to include a corresponding Android subsystem so that Android apps can also be executed accordingly.

Although, Android that would come in Windows will not be the same Android that we use on our mobiles. So it is very unlikely that Android apps under Windows 10 will support Google Services, which is why apps that were written for this API would have to be adapted beforehand.

There is also the question of compatibility. Most Android apps are compiled for ARM processors, but x86 processors like those of Intel and AMD are used in computers. It would be necessary to recompile the apps to be able to run them unless Microsoft devises some method, such as emulation.

Therefore, it is technically possible for Windows 10 to run Android apps, as it already does with Linux apps. It’s something that Microsoft has already done and can do again. The question is whether this project will be finished, as it is not official yet.