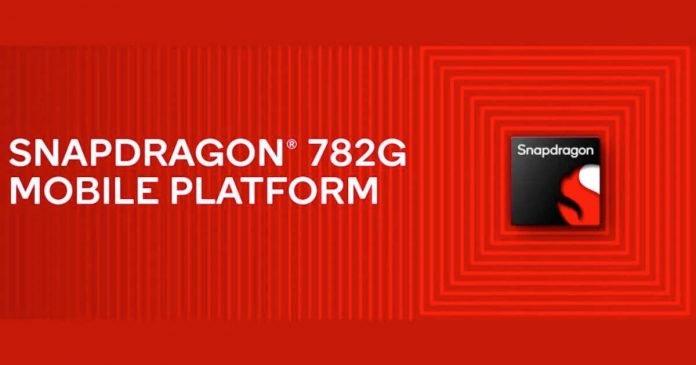 The Snapdragon 782G is made with the same 6nm production process as its predecessors and features an octa-core CPU with custom Kryo 670 cores (based on ARM Cortex-A78 and Cortex-A55) used in the same 1+3+ four configurations. The Kryo 670 Prime performance core is now clocked at 2.7 GHz (+200 MHz compared to the Snapdragon 778G+) — the three Kryo 670 Gold intermediate cores at 2.2 GHz, and the four Kryo 670 Silver efficiency cores (based on Cortex-A55) at 1.9 GHz, leaving everything unchanged from its predecessor.

On par with its predecessor, the Snapdragon 782G offers support for the Quick Charge 4+ charging standard (up to 50% charge in 15 minutes), the same Fused AI Accelerator architecture, the same Qualcomm Spectra ISP (14-bit, up to 2 gigapixels per second, resolution support up to 200 megapixels), and the same modem.

Qualcomm has yet to announce which brand-new smartphone will come with the new Snapdragon 782G. But it seems that the HONOR 80 might be the first one.