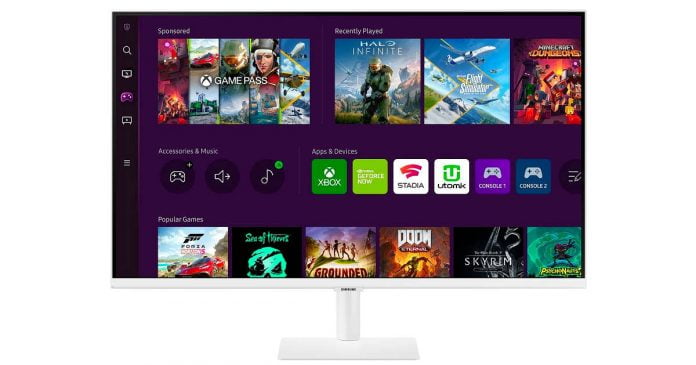 Samsung has introduced a cloud gaming service Gaming Hub for its smart TVs. The service will provide access to the Xbox xCloud, Nvidia GeForce Now, Google Stadia and Amazon Luna. It also integrates with Twitch.

The program will initially be made available for all current smart TVs that Samsung is selling in 2022 — including the Neo QLED 8k, Neo QLED 4K and others.

While computing power for games is obtained directly from the cloud, the SoC integrated with the TV takes care of signal processing and signal input from connected devices. Various image filters and upscaling algorithms based on AI are intended to improve the incoming image. Ultimately, however, this also depends on a stable and fast internet connection.

At the time of publication, the platform is only available in the US, Canada, UK, Germany, France, Spain, Italy, Brazil, and South Korea.

If you have one of the smart TVs that Samsung has launched this year and the new ‘Gaming Hub’ repository does not appear in the Tizen OS interface, you will have to update its firmware. You just have to go to Settings >> All settings >> Support >> Software update.

The integration of these services in smart TVs is the first step to a future where a console will not be necessary to play. Last year Microsoft announced that it would work closely with TV manufacturers to integrate the xCloud on these smart TVs, through a dedicated application that only requires a subscription to Game Pass. It remains to be seen if there are agreements with other manufacturers or if it decides to launch a “Chromecast” to play in the cloud on any TV.