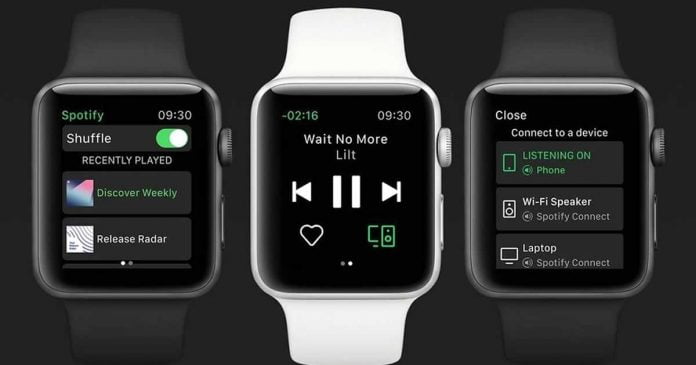 Spotify for Apple Watch is trying to add one of the most requested functions by users — being able to play content without depending on the iPhone.

Now Spotify enables standalone streaming through the app on Apple Watch. This allows music to be listened to via Spotify without the watch having to be connected to an iPhone. Previously, the watch app only acted as a remote control for the paired iPhone.

Although this function has been present in Apple Music for a long time, it was not in Spotify. However, this change currently requires a mandatory LTE data connection.

Spotify will gradually activate the function, so it may take some time for this option to reach the entire Spotify clientele. Spotify had been testing the new function for a few weeks.

Obviously, the new feature does not require an update of the Spotify app but is controlled via a server-side adjustment. When your Apple Watch is activated for Spotify streaming, the app will notify you. You will then see the Apple Watch as the target device in the device selection.