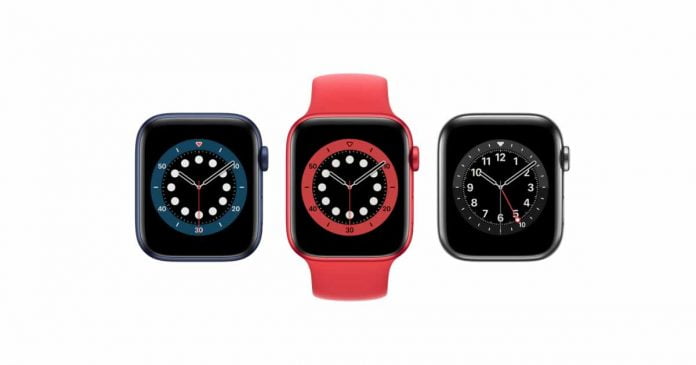 Apple has presented the sixth generation of its Apple Watch smartwatch. The new model looks similar to its predecessor but offers some new functions and features.

The new sensors are located on the back of the housing. Blood oxygen measurement is not only useful during exercise, but also to determine sleep apnea, for example. The Apple Watch can also determine the value in the background and collect it in Apple’s Health app.

Thanks to the new S6 processor, the new model should respond more quickly to inputs and have better battery life. The SoC is based on the A13 Bionic, which is used in the current iPhones.

In the future, users will also be able to use an Apple Watch even though they do not have an iPhone. To do this, the Watch must be paired and activated using someone else’s iPhone.

In addition to the regular Apple Watch 6, a cheaper model was also presented. The Apple Watch SE is based on the design of earlier models and offers slightly reduced hardware equipment. Inside is the S5 SoC, which is supposed to make the Watch faster than the Series 3. The Watch cannot produce an EKG, but thanks to Watch OS 7, it should also be able to determine the VO2 max value. The Watch does not have its own sensor for the blood oxygen content.

The new Apple Watch Series 6 costs at $400. The Apple Watch SE goes on sale from $280. The new watches can be ordered immediately and will be available in stores from September 18, 2020.