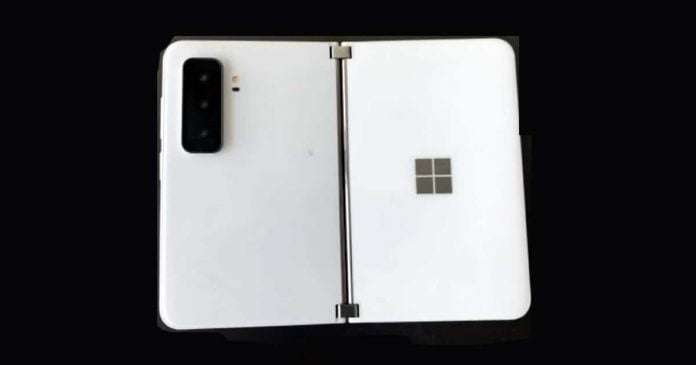 A new version of the Surface Duo, Microsoft’s dual-screen foldable Android phone, has been leaked. The first images of the Microsoft Surface Duo 2 is already circulating on the internet.

It is obvious that, in terms of design, the Surface Duo 2 is going to maintain a markedly conservative approach; that is, it will not introduce major changes compared to the Surface Duo — it will adopt the dual-screen format with a center hinge.

Among the novelties, spotted for the first time last month in Tech Rat YouTube video and confirmed by Windows Central, Surface Duo 2 should have a triple camera system on the rear. It would include a standard lens, a telephoto, and an ultra-wide angle.

Although the camera configuration of the supposed Microsoft Surface Duo 2 would mean a very important jump compared to the previous version, it would not be the only change to note. The new device would have the fingerprint sensor integrated into the power button and would feature the USB Type-C connector on the right side.

On the other hand, it would arrive equipped with a Qualcomm Snapdragon 888 processor, NFC and support for 5G networks. In terms of colors, the leaked photos show two variants — black and white. The launch date would be scheduled for September or October of this year, according to the available information.