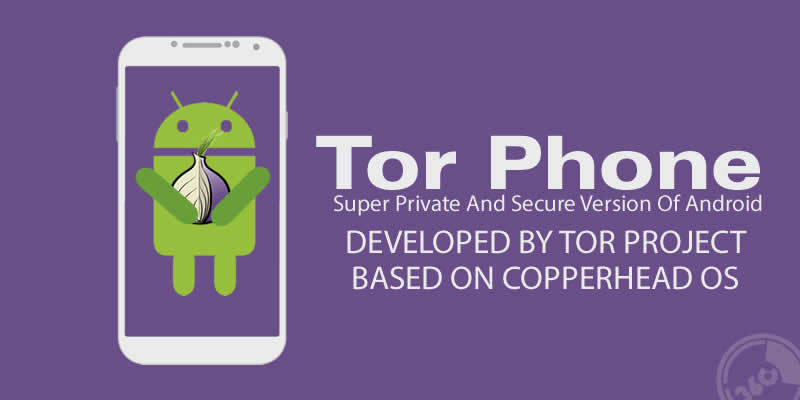 The Tor Project is currently developing a prototype of a Tor-enabled Android phone, Tor Phone that focused on privacy and security of the users.

Android is the most popular mobile platform in the world today.  However Android devices in particular have not been designed with privacy in mind. In fact, they’ve seemingly been designed with nearly the opposite goal: to make it easy for third parties.

Moreover, the core of the Android platform is Open Source, auditable, and modifiable by anyone. So the Tor developer Mike Perry designed a new Tor phone based on Copperhead OS — a hardened open-source operating system based on Android.

Copperhead OS comes with multiple security enhancement and is also the only Android ROM that supports verified boot, which prevents exploits from modifying the boot, system, recovery, and vendor device partitions.

Coppherhead has also extended this protection by preventing system applications from being overridden by Google Play Store apps, or from writing bytecode to writable partitions (where it could be modified and infected). This makes Copperhead an excellent choice for default OS in Tor phone.

Tor phone also use SuperUser and OrWall instead of using the VPN APIs because the Android VPN APIs are still not as reliable as a firewall in terms of preventing leaks.

In the blog post, Perry has detailed the process of installing the prototype. Also, before you think of getting started, make sure that you’re familiar with Linux.

The Tor Phone prototype currently works on the 2015 Google Nexus 6P smartphone, and users can download it onto their smartphones now, but they will need a basic understanding of Linux to get it set up. The developers plan to add support for Pixel soon and are only looking at Nexus and Pixel phones for now as these are the only devices that currently support Verified Boot and user-controlled keys.