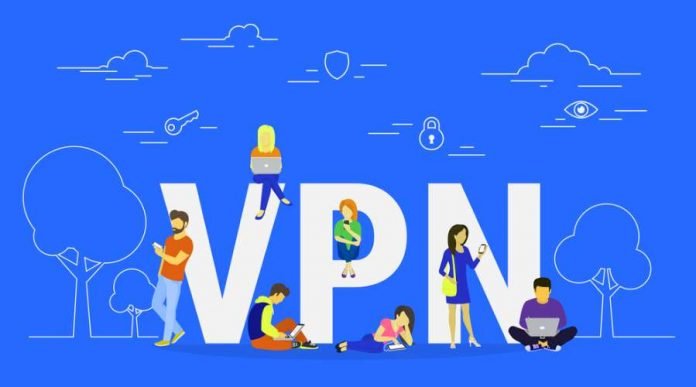 Smartphones are now as important to everyday life as coffee machines, toothbrushes, and alarm clocks. According to Pew Research, 77% of Americans own a smartphone of some form. But how many of those people secure their phone properly?

With the threat of malware, surveillance, man-in-the-middle attacks, smartphone security is more important than ever. And that’s where VPNs come in. Virtual Private Networks can be installed on phones, creating encrypted tunnels to send and receive data, while providing users with anonymous IP addresses.

And VPNs aren’t just useful for security purposes. There are plenty of great reasons to install one on your phone. Here a few of the most important:

When we use our smartphones on the move, it’s pretty hard to avoid connecting to unsecured public wi-fi networks. And this can be the source of all sorts of problems.

Most importantly, any data you transmit over these networks is unsecured and unprotected. Unscrupulous hackers can easily intercept your emails, or steal your identity to access social media sites or payment portals.

With a VPN, the risks associated with public wi-fi connections can be minimized. VPNs provide end-to-end encryption which shields your data, regardless of how well secured the network is. And they also anonymize your IP address, making identity theft much, much harder.

So if you’re in the majority of smartphone owners to rely on public wi-fi, having a good Virtual Private Network is a no-brainer. It’s simply not safe to surf the web without one.

2. Because encountering geoblocks while streaming is really annoying

Have you ever looked forward to spending a coach journey, watching your favorite Netflix series on your smartphone, only to discover that it’s not available in your region?

Netflix and other streaming services routinely limit access to certain movies or TV shows by geographical location, leaving travelers in the lurch. And that just seems to mean. Why should you miss out on the latest Game of Thrones episode during a business trip to Germany?

With a VPN installed on your phone, it’s possible to work around these irritating barriers. Not all Android and iOS VPNs are able to beat the Netflix geoblockers, but many can. And when you have them fired up, you’ll have total freedom to watch whatever you want, wherever you need to go.

3. Because when you work remotely, security matters

More and more of us use our smartphones to work remotely, and that’s generally a very good thing. It’s great to be able to work from home or in boutique coffee shops, where we can relax and zone out from office politics. But there are some security issues associated with remote working that only VPNs can resolve.

Say you need to transfer sensitive planning documents about an IT contract from a database at your company’s HQ to your smartphone. Without encryption and tunneling protocols, that data will be completely naked at every point along the transmission pipeline. Anyone can read it (or potentially harvest your login details for corporate intranets).

That’s why most companies with good security policies have integrated VPNs into their remote working policies. Some small businesses and freelancers haven’t made the transition, though. If that sounds like you, it’s definitely time to research your VPN options.

This one is pretty counterintuitive at first glance. We’re accustomed to expecting Virtual Private Networks to take a chunk out of bandwidth, causing a little bit of slowdown. That’s the price we’re willing to pay for enhanced security.

But this isn’t necessarily the case with smartphones. For starters, using a VPN can be an effective substitute for encrypting your phone, which can make it slower to use (although many people would advise that you use both forms of protection).

More importantly, with some VPNs, users can connect to more than one internet connection at the same time. By bundling multiple connections into one “super pipeline”, services like Speedify can give your smartphone a performance boost.

5. Because VPNs can be a big help for smartphone gamers

Gamers can also benefit from installing a good VPN on their phones. For instance, gaming libraries can impose geoblocks or other filters, limiting access to new titles and patches. By anonymizing your IP address, you can easily work around these barriers and play whatever you want.

Sometimes, smartphone gamers can also run into throttling problems, causing serious slowdowns. With a VPN installed, you can usually neutralize these issues, and ensure the fastest possible speeds.

Additionally, the speed of many multiplayer games is conditioned by the server you use. Normally, users in certain countries will be restricted to local servers. If those servers are relatively pedestrian, you’ll be less competitive in multiplayer contests.

VPNs can solve this problem by zeroing in on the fastest servers in countries around the world and allowing gamers to pose as whoever they want to be.

Enjoy multiple benefits from smartphone VPNs, but be sure to choose wisely

Smartphone VPNs are an essential addition to any smartphone user’s app collection. They can secure your phone against attackers, enable stress-free remote working, provide a speed boost, optimize your phone for gaming, and work around geoblocks.

However, always pick your VPN carefully. Some Android clients have been accused of using malware to gather user data, and many are full of ads. But there are plenty of excellent options as well. So finding the ideal provider won’t be a problem.