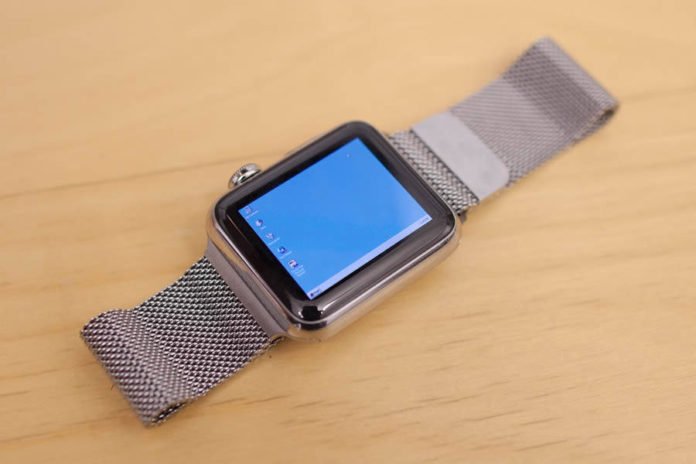 At last an Apple product successfully booted a Windows OS.

This is not the first time we are hearing that someone installed Windows 95 on a strange device.Last year Nintendo 3DS XL managed to run Windows 95 and now Apple Watch.

Nick Lee in its YouTube video neatly described how he successfully installed 20-year-old Windows 95 on a 1.7-inch screen Apple Watch.

It’s certainly not fast — it takes around an hour to boot the emulated OS that’s been shoved inside a WatchKit app. And also need some way of keeping the screen awake during the booting process. Li glued a motor to a small prodding device to ensure it didn’t nap.

Since Windows 95 not built for touch input, a little code-wrangling is also required. Li says that it’s possible to patch some files within a WatchKit app in order to load your own app code.

This isn’t the first time Lee has been installed an old operating system on a watch. Previously he made Apple Watch to run Mac OS 7.5.5. That time his technique was a bit different. To get System 7 on his Watch, Lee ported over the Gryphel Project’s Mini vMac emulator.