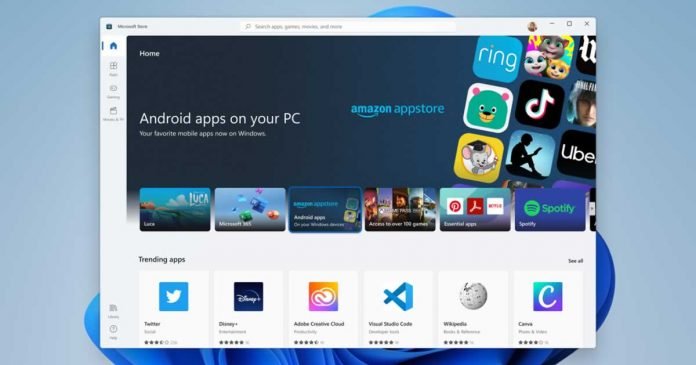 Microsoft is working to support Android apps through the Amazon Appstore on Windows 11. This is called WSA — Windows Subsystem for Android and has been tested for a long time. Finally, the platform is now officially released.

The Amazon Appstore in Windows 11 is an exciting feature for Android users looking to bring their favourite apps and games to Windows. On PC, it’s very easy to download any number of compatible apps and games. The number of apps is limited, but they’re as easy as installing them on your Android smartphone from the Google Play store.

Microsoft’s WSA and Amazon Appstore have improved since the early days of their release and are running much smoother these days. Microsoft also plans to add support for Android 13 and several new features soon.

Now it’s officially announced that WSA is available for everyone. Microsoft partner development manager Cory Hendrixson broke the news on Twitter, revealing that the Windows Subsystem for Android is now v1.

Microsoft has teased the news that there will be a full expansion to 31 countries and nine marketplaces, but the complete list has not been made public until now. Windows users in Australia, Canada, New Zealand and 28 other countries can now access a vast library of apps and games through the Amazon Appstore.

Now that it’s moved to an official build and expanded further, it’s a huge step forward and will help developers deploy their products on Microsoft’s WSA platform.