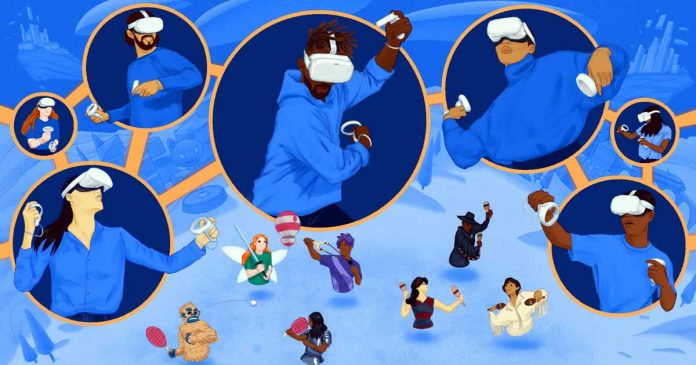 The so-called Metaverse should be the next evolutionary stage of the Internet. It should enable users to move around in a networked virtual reality — or at least to use the applications of the same group of companies such as Facebook, Instagram and Whatsapp with 3D avatars.

In any case, Mark Zuckerberg is so convinced of this vision that he even renamed Facebook to Meta in 2021.

According to Dan Rabinovitsj, vice president of Meta’s connectivity department, current network infrastructure is the biggest hurdle Metaverse has to cross. “If you really look at the pace of innovation in the telecom world, compared to other markets, it’s been harder to go faster in this space,” Rabinovitsj said.

Meta speaks of “metaverse-ready networks” that are necessary for the “industry-wide advance”. Several companies have already announced products under the Metaverse name, and Facebook itself has already started a VR platform with Horizon Worlds.

Mobile Internet connections and thus the new 5G mobile communications standard also play an important role here. According to a report by the industry organization GSMA, by the end of 2025, more than a fifth of all mobile phone connections will run via 5G.

Many tech minds believe Metaverse as a slowly evolving concept. Adoption will come with massive increases in infrastructure and network capacity requirements.

Meta Connectivity goes even further in its improvement requests. “In today’s networks, the protocols and algorithms operating at the application layer — such as adaptive bit rate control loops for streaming video — do not have access to metrics on link quality and congestion from the physical layer. Similarly, protocols to optimize traffic congestion run mostly independent of one another, with some handled by content providers and others by network operators. We believe there’s an opportunity to realize significant gains by moving past this kind of siloed optimization and toward open interfaces for sharing metrics between OSI layers as well as network domains” — the team writes in an article.