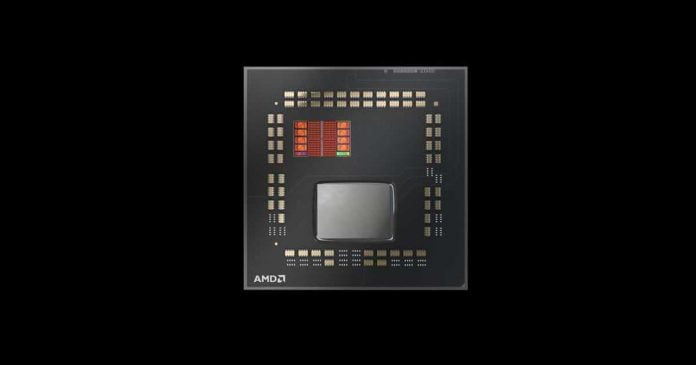 The new Ryzen 7 5800X3D desktop processor powered by the Zen 3 core architecture is the world’s fastest gaming processor, delivering an average of 5% faster 1080p gaming on select titles than the competition — should beat every previously available Intel solution, including the Core i9-12900K.

8 cores, 16 threads and clock rates of only a maximum of 4.5 GHz don’t look that exciting on paper if it weren’t for the rest — the combined amount of the L2 and L3 cache is a whopping 100 megabytes. The 32 MB L3 cache in the 8-core CPU die is joined by an additional 64 MB L3 cache that is placed on the die. AMD had already announced that these CPUs were coming last year.

All this is again packed into the TDP corset of 105 watts, and the fastest gaming CPU for the socket AM4 in the slightly cheaper middle class is ready.

In addition to the current 500 series of chipsets, AMD also specifies the predecessor variants of the 400 series as platform support. So with the right BIOS, the X470 and B450 should also be able to be equipped with the CPU.

Ryzen 7 5800X3D will go on sale this spring (March-April). It is also possible that AMD will release a Ryzen 9 5900X3D, but everything will depend on how successfully the Ryzen 7 5800X3D competes with the top Intel Alder Lake CPUs.

AMD also confirmed the release of Ryzen 7000 desktop processors in the second half of this year. For the Ryzen 7000, the 5-nanometer process technology and Zen 4 architecture are also confirmed.