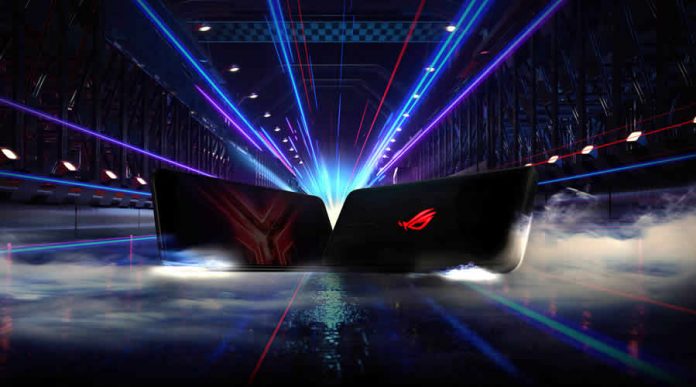 Asus has officially launched ROG Phone 3, “the most powerful ROG smartphone ever.”

Let’s start right from the display: a 6.59-inch AMOLED, with a refresh rate of up to 144 Hz and latency at the touch of 1 ms, which promises excellent color fidelity. It supports 10-bit color and HDR10+ technology and guarantees excellent fluidity both in-game and in navigation between the operating system screens.

The design of the ROG Phone 3 makes a high-quality impression; the frame is made of metal, the back of the glass. The design is taken from that of the other ROG Phones, and further optimized for video games thanks to the additional side charging port.

The AirTriggers 3 is also renewed, which now include a motion sensor, in addition to the programmable ultrasonic tactile sensors, giving gamers more possibilities to control the action.

The main version packs more RAM and storage to boot. You get 12GB RAM as standard, and you can go up to 16GB. Storage starts at 128GB and goes all the way to 512 GB.

For comparison, the Strix starts at 8GB of RAM and offers a choice of 128GB and 256GB storage. In all cases, you’re looking at fast LPDDR5 RAM and UFS 3.1 storage.

The GameCool 3 cooling system comes with a redesigned 3D steam chamber, a graphite film behind the screen to maximize heat transfer, and a channel for heat dissipation wider and localized to reduce component overheating. ASUS claims this new cooling system is one of the most effective thermal solutions available on a smartphone and can dissipate heat through slits inserted in the cover on the back.

The smartphone also supports ROG HyperFusion technology, which combines multi-antenna Wi-Fi and 5G, while also allowing Wi-Fi and data network connections with intelligent redirection to the one that has the best signal.

The ROG Phone 3 also has a 24-megapixel selfie camera sensor at the front, along with an f/2.0 lens. The phone also has up to 4K video recording support through its rear camera setup, while the front camera is capable of recording up to 1080p videos.

The built-in 6000mAh battery is supported by several passive energy-saving mechanisms that include a hibernation feature that can proactively limit background data and battery usage for selected apps.

ROG Phone 3 also received a significant upgrade in audio performance, thanks to the collaboration with Dirac Audio.