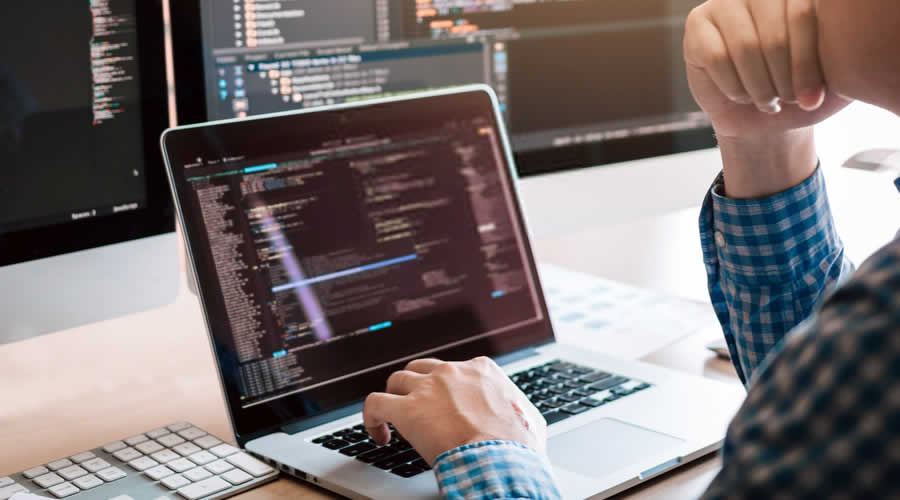 Being an unorthodox coder or a full-blown software engineer can be a taxing job, but nobody will argue that it pays well. We are living in a time when technology rules each and every aspect of modern life and business, making people who are behind the development of all that technology an inseparable and absolutely instrumental apart of modern human civilization.

As time progresses and we slowly continue to evolve into the next digital phase, software engineers, hardware engineers, and techies, in general, will become even more important. In short, you have chosen a great career path to pursue, but are there ways for you to make your resume even more lucrative? Better yet, can you enhance your software engineering career to reach a level where even your current role seems minuscule in comparison?

Defining the Phrase “Next Level”

The definition of the phrase “next level” can differ from professional to professional, but the general idea is to make progress and get to a higher position in your career faster than it would be possible without active intervention on your end.

So, do you want to widen your opportunities for working in other fields by learning and mastering another programming language that you are not yet proficient in? Or do you wish to take up a higher-paying and more executive role in the company that you are working for currently?

The answer to such questions will help you determine the goal first, without which, achieving that next level would be difficult. Now that we have set that part straight, let’s discuss a few methods to get to a higher position in your career and fast.

A common and quite understandable path to take is that of completing your Master’s degree in Business Administration, as it opens up a techie’s career to a completely new field of work, which is the business part of any software development company.

Software development organizations usually separate the actual developers from the executives because business and software development are, in the beginning, two completely different career paths. The MBA degree helps to converge those two paths together and finally, a software engineer can shift his/her career more towards administration and management, rather than hardcore coding only. However, for those with a technical background in academics, there is a more suited degree course that we are going to discuss next.

Complete Your M.Sc. in Engineering Management Instead

If an MBA degree helps connect the engineer with the business wing of the company, the M.Sc. in Engineering Management course combines the best of both worlds into a single course that is designed with productivity, technological knowledge improvement, and project management in mind.

Fulltime engineers are neither expected to nor are required to take time off work to complete their graduation since an online Masters in Engineering Management can be completed while holding a fulltime engineering job. You won’t lose out on the work experience, the salary or even the time and money which is often wasted on commuting on a daily basis by students and student-professionals who take the traditional route.

The M.Sc. in Engineering Management courses are developed exclusively for engineering students to take up leadership roles in project management and other managerial roles in the sector, making them a superior choice to boost your career in comparison to MBA, since you already have an engineering background.

Learning a New Language: Which One Should You Choose?

This particular question can be a bit difficult to answer, given that there is no way to know which languages the reader is currently able to use as an official coding language for his/her job. However, we can take a brief look at some of the most in-demand software programming languages that anyone can learn and benefit from.

If you are a software programmer who doesn’t know Python, that’s puzzling, but you need to change that as soon as possible! It is one of the most useful, widely utilized and versatile programming languages at the moment.

Capable of being used as both a scripting and an object-oriented language, Python has become an essential tool for the initial and continuous development of artificial intelligence programs. In fact, it has already replaced Java in some web constructs because of the speed it offers to the developers. In the future, Python could replace Java even more as a programing language in web development.

In all honesty, we could have mentioned Java, but if you are a software engineer and you don’t know how to code in Java or Python yet, something has gone wrong somewhere! However, the important bit about JavaScript is that unlike Java, it cannot be replaced with Python or even C++ for that matter!

Originally, JavaScript was only one-dimensional, which means that it was a comparatively easy-to-use, client-side scripting language mostly, but today, it can also be used for UI development from the server-side.

At this point, every software engineer should know at least the basics of C and C++, but in some offshoot coding courses, they might only be touched upon due to certain archaic aspects of the languages. However, as far as software development at its core is concerned, no other language comes even close to the C languages as far as delivering the basic concepts of structure, pointers, array, memory management and nearly everything else is concerned.

Do understand that a lot depends on the particular sector you work in, as well as the sector that you might want to explore next. Whatever you choose, just be sure to make it relevant.

There is obviously no denying the fact that you can’t really make a mistake, so to say, given that each and every one of the computer programming languages mentioned here are relevant today, and going to stay so in the upcoming years. However, time is a limited resource, and if you want a quick boost to your career and paycheck, ensure that the new language can be useful in the sector that you are working in right now.