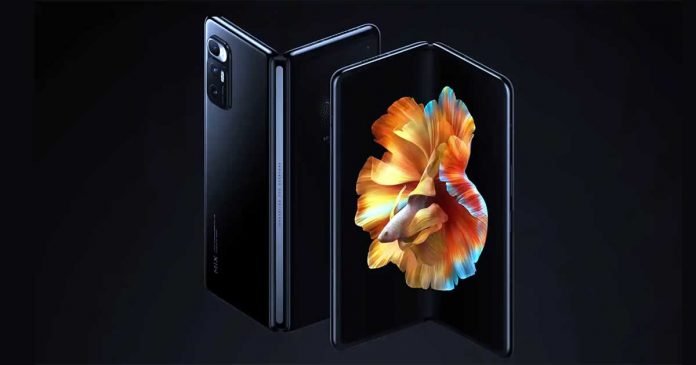 Xiaomi has presented the company’s first folding, the new Xiaomi Mi Mix Fold, which stands out for its design and photographic section.

The Mix Fold follows the design principle of Samsung’s Galaxy Z Fold 2 — a 6.52-inch display is installed on the outside and an 8.01-inch screen on the inside. Both are AMOLED panels.

The device comes with a book format folding style, and the hinge has been tested for strength and the company says each model is designed to be bent more than 200,000 times.

Thanks to the external display, the Mix Fold can also be used without opening it. The internal display is said to be more stable than other manufacturers, thanks to the steel plates attached behind the display panel.

While the Samsung Folds have adopted the small hole on both their front and rear screens, Xiaomi opts for a completely clean screen. We have no cuts of any kind, no camera, no notch, or anything. In fact, the screen occupies 75% of the front.

When opened, the user interface of the internal screen changes from classic Android to a view that is more reminiscent of a desktop surface. There is a start menu, and apps can also be used in individual windows. A swipe gesture with three fingers brings up the desktop.

The battery is 5020 mAh, with the same fast charge of the latest 67W Xiaomi Mi 11, and of course, the heart of the beast is the Qualcomm Snapdragon 888, the best high-end processor for Android, and that should give a spectacular performance. It will also have an active cooling system for long gaming sessions.

The camera is built into the back. The main camera has a resolution of 108 megapixels. It is supported by a super wide-angle camera with 13 megapixels and an angle of view of 123°. Xiaomi uses its new liquid lens technology in the third camera with an 8-megapixel sensor. This allows the camera to take both telephoto and macro shots. Xiaomi speaks of a 30x telephoto. In addition, Xiaomi has introduced its own image processing chip (ISP), called Surge C1. This image processor improves focus, white balance, and exposure.

Additionally, the phone will come with top memory specs, with 12GB of RAM and 256GB of UFS 3.1 internal memory. A special version will have 16 GB of RAM.

Buyers of the Mi Mix Fold will have exclusive customer support, with repairs free of shipping and a first screen replacement with a 50% discount.