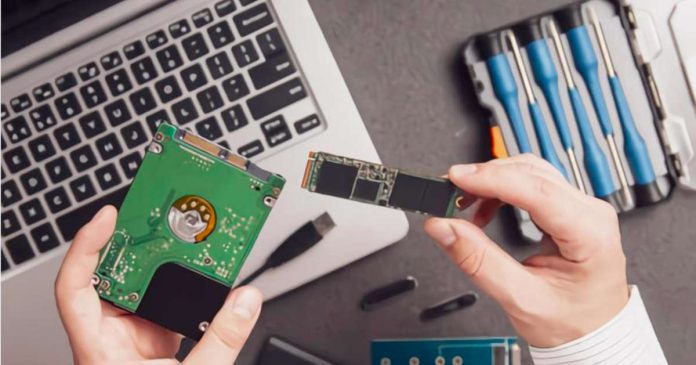 Microsoft is allegedly pushing PC and laptop OEMs to switch to SSDs as the primary boot device for Windows 11, abandoning hard drives. This is reported by Toms Hardware with reference to the industry analysts Trendfocus.

It should be noted that the standard system requirements of the Windows 11 operating system do not indicate a specific type of data drive. The minimum requirements for Windows 11 only specify a minimum capacity of 64 gigabytes.

Representatives of Microsoft have not yet given official comments on this matter. However, it is worth noting that even the cheapest SSD option will be faster than a classic HDD. Therefore, installing an SSD makes sense in terms of boot speed and operation of the operating system.

Two functions of Windows 11 have so far required an SSD — DirectStorage can accelerate games, while the Windows Subsystem for Android can run Android apps on Windows computers. However, both functions are optional and, therefore, not a must to switch to an SSD.

However, for budget systems, the use of SSDs is more complicated due to the price of these units — the cost per gigabyte is still higher than that of hard drives, and that makes hard drives a better option for tight budgets. And those computers may not have official access to Windows 11 in the future.

Trendfocus vice president John Chen also noted that Microsoft wanted to implement the transition from HDD to SSD this year, but due to high prices, it had to be postponed. Now OEMs are trying to negotiate with Microsoft on the timing. It is possible that the transition will be postponed until 2024.