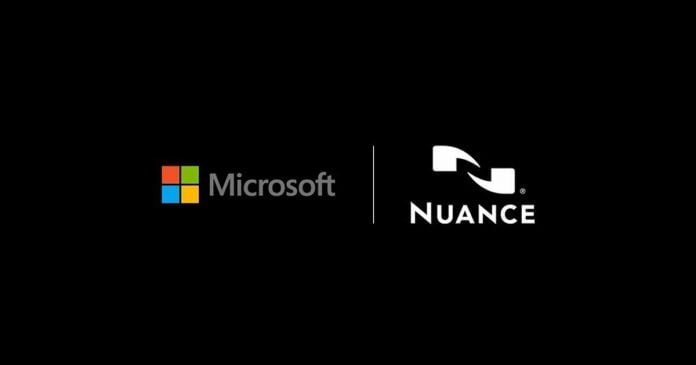 With the purchase of Nuance Communications, an artificial intelligence and cloud strategy company focused mainly on health care, Microsoft is planning the second-largest acquisition in the company’s history.

Microsoft intends to take over Nuance for an already negotiated price of $56 per share. The total volume of the deal would therefore amount to around $16 billion, making it the second-largest acquisition in Microsoft’s corporate history. Only the acquisition of the social network LinkedIn cost the Redmond-based company even more in 2016 with around $24 billion.

The rumored purchase price per share would mean a premium of around 23 percent to the Nuance Communications share price on the last day of trading on NASDAQ. The company’s current market value is around $13 billion.

The second-largest acquisition in its history would make sense for Microsoft in light of the fact that they have been working with Nuance Communications for a long time in the areas of speech recognition and dialog-oriented AI through deep learning.

Since then, the company has worked on artificial intelligence voice transcription recognition systems. Under the Dragon software, Nuance has sought to learn from its users and increase their comprehension capabilities. Especially in the strong growth market of medical speech recognition, Nuance is leading with “Dragon Medical One” and offers the current reference with Dragon Professional Individual and Dragon Home.

Microsoft itself contributes hardware and services such as Microsoft Azure and Azure AI and thus bundles synergies. Microsoft and Nuance are already jointly promoting Ambient Clinical Intelligence (ACI) so that clinical documentation in medical practices and hospitals writes itself.

Microsoft recently took over ZeniMax, including Bethesda, and paid around $7.5 billion for it and also company showed its interest in acquiring Discord for $10 billion.