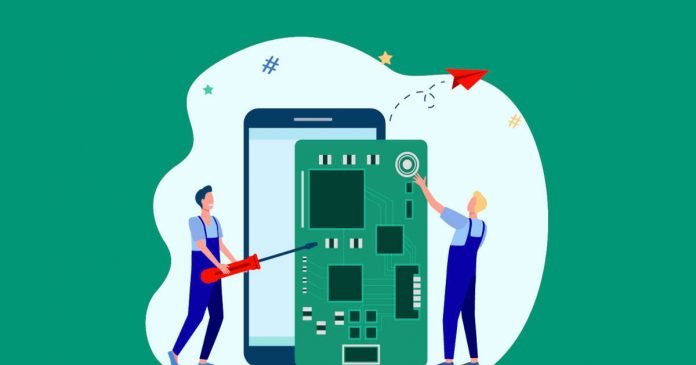 Smartphones, which are indispensable to our lives, are equipped with various mobile sensors. The evolution of various sensing technologies has made it possible to do everything with smartphones as it is today.

In this article, we will explain smartphones from the perspective of sensing technology.

Today’s smartphones are high-performance devices that double as telephones, cameras, personal computers, car navigation systems, and game consoles. All of these are because of the integration of sensors in the smartphone.

Without mobile sensors, the smartphone would not be so interesting and in demand — as the palm-sized gadget would be without communication with the environment. Sensors make a smartphone smarter because the majority of smart functions that the smartphone claims are largely due to the smaller and higher-performance sensors.

Smartphone Sensors You Should Know

An accelerometer measures the acceleration of an object. Acceleration means a change in velocity per unit time, and by measuring acceleration — the inclination, movement, vibration, impact, etc., of an object can be detected.

It is the function of this accelerometer to automatically switch between portrait and landscape orientation on the smartphone screen and camera app. In addition to that, it is also used for displaying the movement speed on a pedometer and map application and for camera shake correction. Accelerometers are one of the essential sensors for smartphones.

Racing games that are played by tilting the smartphone are realized by the functions of the accelerometer and gyro sensor. In addition, the VR/AR app displays images as the smartphone rotates based on the gyro sensor. When an app asks you to slightly tilt the mobile screen, it is the gyroscope that comes into action to measure those small turns since the accelerometer is not enough.

The magnetic sensor measures the magnitude and direction of a magnetic field. Sometimes called a geomagnetic sensor or electronic compass, it is mainly used to measure the magnetism of the earth and know the direction.

Smartphones are often equipped with a combination of a magnetic sensor and the accelerometer/gyro sensor described above as a module called a 9-axis sensor. These three are common mobile sensors installed in early smartphones and have supported the evolution of smartphones.

GPS (Global Positioning System) sensor measures the current position of our smartphone by receiving signals emitted by satellites. Normally, it is difficult to measure the position indoors or underground where signals from satellites cannot be received, but in the case of smartphones, it can be measured at a certain position using radio waves such as base stations and Wi-Fi.

Since GPS does not use mobile network data, so geolocation also works outside the cellular coverage area — even if the map itself cannot be downloaded, the geolocation point will still be there.

GPS sensors are used not only in map apps but also in SNS, cameras, games, etc. You can record the posted location on SNS, and the information of the shooting location is also recorded in the photo taken with the smartphone camera. Recently, games that use the location information of smartphones to play while walking around the real world are very popular, like Pokémon GO.

Proximity sensor allows you to determine the proximity of an object without physical contact with it. For example, a proximity sensor is in charge of allowing a smartphone to turn off the screen backlight when the phone is brought close to the user’s ear during a call. Usually, this smartphone sensor is located above the screen next to the front camera of the device.

Smartphones are equipped with biometric sensors such as fingerprint sensors. Fingerprint sensors have been used to simplify personal authentication, such as screen unlocking and electronic payments.

Recently, the fingerprint sensor is changing to face recognition, and the number of cases where the person is authenticated using a camera or infrared sensor is increasing.

The ambient light sensor is a sensor that detects the intensity of light and can grasp the brightness around the smartphone. Often referred to as a brightness sensor or light sensor.

The sensors introduced so far are installed as standard on many smartphones, but the latest smartphones use sensors that use more advanced sensing technology.

For example, LiDAR, which is attracting attention in the fields of autonomous driving and robots, it is installed in iPhones released after 2020. LiDAR is a sensor that uses laser light to measure the distance to a distant object. In addition, LiDAR can be used to accurately measure the positional relationship of objects reflected on the screen, so it is expected that the image displayed on the AR application will be more accurate.