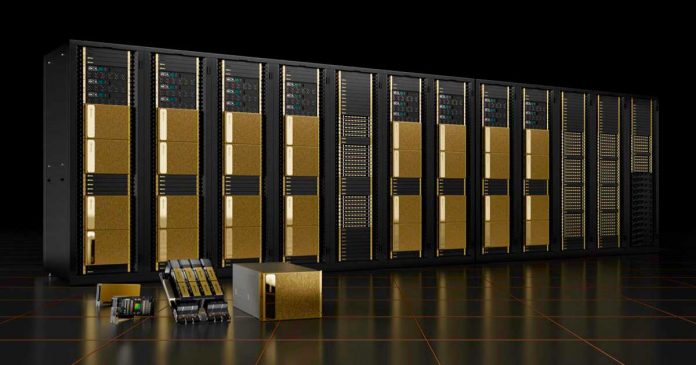 One of the major new features of Intel’s 4th generation Xeon processors is support for PCIe 5.0. This doubles the speed of data transfer from CPU to GPU. This enables higher GPU density and faster networking within each server, boosting performance for data-intensive workloads such as AI, increasing network speeds up to 400 Gbit/s per connection, and increasing network speeds. Accelerate data transfer sequence between server and storage.

The NVIDIA DGX H100 system pairs Intel CPUs with eight NVIDIA H100 GPUs. The NVIDIA H100 GPU is the company’s most powerful chip, with over 80 billion transistors, making it the perfect fit for Intel’s new processors. It also has unique features ideal for high-performance computing workloads, such as the built-in Transformer Engine and the highly scalable NVLink interconnect, to power large-scale AI models, recommender systems, and more.

In addition to the NVIDIA DGX H100 system, several of NVIDIA’s partners have also announced their server systems based on this new hardware combination. Companies like ASUS, Atos, Cisco, Dell, Fujitsu, GIGABYTE, HPE, Lenovo, and Quanta have all announced products with Intel CPUs.

The software that drives NVIDIA’s new system is also substantial. All new DGX H100 systems come with a free NVIDIA Enterprise AI license. It is a cloud-native set of AI development tools and deployment software, providing users with a complete platform for their AI initiatives.

Additionally, according to NVIDIA, a customer can purchase multiple DGX H100 systems in the form of his NVIDIA DGX SuperPod platform. It is a small supercomputing platform that delivers up to 1 exaflop of AI performance.

With these announcements, it’s clear that both Intel and NVIDIA are establishing themselves as leaders in the HPC and data centre space, focusing on performance, efficiency, and AI capabilities. The combination of Intel’s new Xeon processors and NVIDIA’s H100 GPUs provides a powerful platform for enterprise customers, researchers, and organizations looking to accelerate AI workloads.