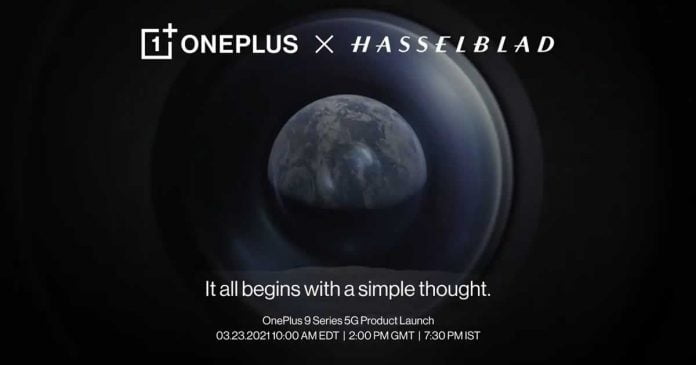 OnePlus has confirmed the launch date of its new OnePlus 9, the future new flagship of the company. OnePlus has also confirmed its alliance with Hasselblad — a veteran photography brand — to improve the quality of the cameras on their mobiles. Hasselblad was the brand that managed to capture the first steps of man on the Moon.

According to OnePlus, the agreement with the Swedish firm Hasselblad will be for three years, and they agree to invest 150 million dollars in that time just to improve the photographic performance of future OnePlus smartphones.

The first result of this agreement is the Hasselblad Camera for Mobile system, which will be released in the upcoming OnePlus 9. The partnership starts with improving color adjustment and sensor calibration and will extend to other parameters later.

The alliance will have R&D collaboration as its main point of effort, promising “vastly improved camera systems in future OnePlus phones.” Something that we appreciate since although it is true that the cameras of the Chinese firm’s phones have never been bad, they lagged behind other clearly superior competitors in the sector, such as Google with its Pixel and Apple with its iPhone.

In the same announcement, OnePlus has confirmed that its new flagship device, the OnePlus 9 will be official on March 23.

According to rumors, OnePlus would present up to 3 phones, being them the OnePlus 9 Pro, OnePlus 9 standard, and the last OnePlus of restrained size, which would follow the marketing strategy that Apple has used with its iPhone 12 mini.