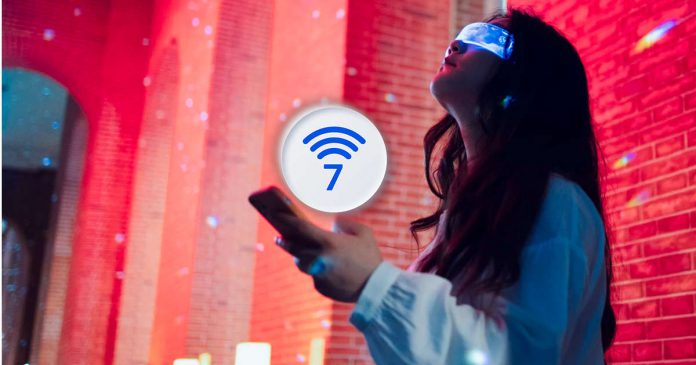 Wi-Fi 7 is already looming on the horizon. MediaTek promised to release solutions based on Wi-Fi 7 at the beginning of 2023, and the first smartphones supporting this standard may appear as early as 2024.

Meanwhile, leading wireless solution makers such as Qualcomm, Broadcom and Intel are accelerating the development of chips for devices that support the new technology. Many new chips will be based on TSMC’s 6nm process.

At the beginning of the year, MediaTek, involved in developing Wi-Fi 7 from the beginning, demonstrated the new standard and its capabilities for the first time. Their goal was also to show the possibilities of the future for the Filogic family with Wi-Fi 7 support.

MediaTek promised to release the first Wi-Fi 7 at the beginning of 2023. Most likely, it will be based on Filogic 880 and Filogic 380 — two modems that support Wi-Fi 7.

Filogic 880 is intended for usage in routers and is manufactured using a 6nm process. It has a maximum speed of 36 Gbps and can deliver four simultaneous data streams (MIMO 4×4) — up to 10 Gbps in one channel. OFDMA RU, MU-MIMO, and MBSSID technologies are supported, as well as a specialised host processor with four ARM Cortex-A73 cores and an NPU neural unit, according to the developer (responsible for AI-based computing).

Filogic 380 is also made using 6nm process technology and can provide Wi-Fi 7 connectivity for smartphones, tablets, TVs, laptops and other devices. The maximum data transfer rate is 6.5 Gb/s (MIMO 2×2, up to 5 Gb/s in one channel). According to the developer, the Bluetooth 5.3 standard with LE Audio technology will also be supported.

Qualcomm, Intel, and Broadcom are all working on 6nm Wi-Fi 7 SoCs

Following in the footsteps of MediaTek, major wireless solution providers such as Qualcomm, Broadcom, and Intel are speeding up chip development for Wi-Fi 7 devices.

Many of these chips will be built using the TSMC 6nm technology. According to experts, the processors in Wi-Fi 7 devices must be changed from the present 16/12nm technology to a more sophisticated 6nm process to minimise power consumption and heat generation.

Wi-Fi 7 is a new Wi-Fi standard, also known as IEEE 802.11be. Wi-Fi 7 will offer major enhancements over Wi-Fi 6 and 6E — the new standard is promised to be faster, enable more connections, and be more adaptable to give a dependable low-latency performance.

Wi-Fi 7 will be widely used in the field of entertainment. With that, it will be possible to play heavy graphic online games easily, use AR/VR devices and stream 4K/8K videos without any buffering and delays in smart home control (response for all smart devices will be significantly faster at home, there will be no more delays in voice control), and, of course, in the business sector, where delays and network congestion can lead to several problems.

True, upgrading routers and access points, not to mention smartphones, laptops, and other devices, will be required to take use of the new technology. It is still difficult to say when all these devices will appear on the market, but the possibilities they can open up for us are intriguing.