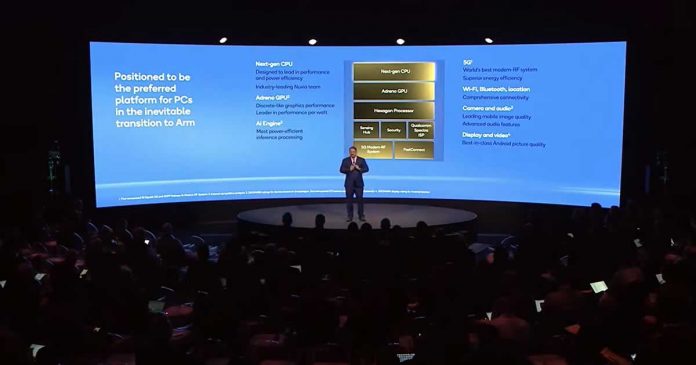 At Qualcomm Investor Day 2021, CEO Cristiano Amon made a far-reaching announcement about the PC ecosystem — “The transition to ARM is inevitable.” — and added that the company’s own Snapdragon platforms should be predestined for future computers with Windows 11 on ARM.

Qualcomm will move beyond SoCs for smartphones and tablets. According to a roadmap that Qualcomm released at an investor event, the company intends to pressent a new SoC in 2023, that will become a new benchmark for Windows notebooks.

This would not be the manufacturer’s first experience with computer chips, as they currently have the Snapdragon 8cx Gen 3. However, by 2023 they want to launch a proposal that is capable of standing up to Apple’s M series and Intel and AMD’s SoCs.

Amon went even further and said that the next generation of CPUs should become the “benchmark in performance for Windows PCs.” The new Nuvia CPU will be the benchmark for performance and efficiency and want to scale their own Adreno GPUs to the level of dedicated desktop GPUs.