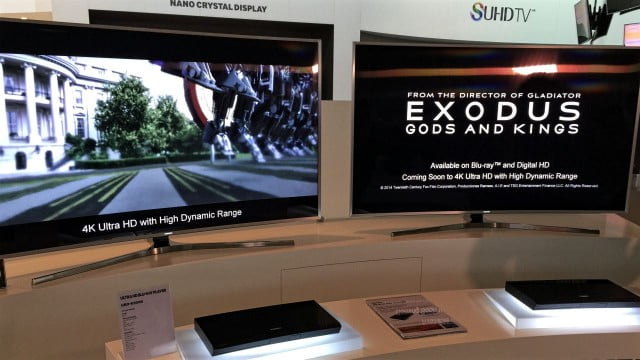 According to the reports the 4K UBD-K8500 can play at four times the resolution of a standard Blu-ray. with 64 times higher color expression. Additionally, 4K streaming services will be available through the player.It also includes features of upscaling content, to provide UHD resolution for any disc streaming 4K content and screen mirroring.Samsung UBD-K8500 has Wi-Fi enabled in two different variants of 2.4GHz and 5GHz, with USB port at the front, and can be connected with Samsung’s new SmartThings Hub.The device also supports 4K streaming; so, people can stream 4k services from Netflix, which offers 4K streaming shows like House of Cards, Breaking Bad, and The Blacklist for $12 per month.Also, Samsung mentioned about its line-up of UHD TVs, which it said would be the first to support the new HDMI 2.0, a format that allows HDR input.

The UBD-K8500 will be the first actual product of its kind, although Panasonic did announce a prototype at CES this year.The exact pricing hasn’t been announced yet, but Samsung says UBD-K8500 will cost between $500 to $1000, and will be available in the US and Europe in early 2016.