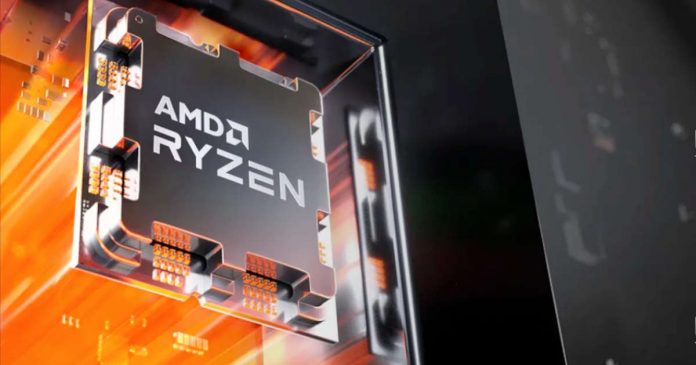 AMD has unveiled a new line of mobile CPUs in the Ryzen 7000 series for laptops. However, the lineup is quite confusing, as it includes a mix of new and old chips such as Zen 4, Zen 3 Plus, Zen 3, and Zen 2, as well as built-in GPUs ranging from Vega to RDNA3. This complexity is made more confusing by the company’s new naming system for its mobile CPUs, which involves using a model year system and incrementing the first digit of processor model numbers yearly.

AMD has also revised the TDP class of its mobile CPUs as part of this product name refactoring. The H series class has been abolished and replaced by the HS series, which covers TDPs from 35W to 45W. For those who want a more powerful CPU, the HX class will still be offered and will use AMD’s desktop silicon rather than the higher TDP variants of AMD’s mobile silicon.

The Ryzen 7000 Mobile series will include a mix of 3 different Zen CPU architectures built on four different process nodes.

The Dragon Range, the AMD Ryzen 7045 series, will be the first to offer up to 16 cores for laptops and will be based on the same TSMC 5nm node as the Ryzen 7000 desktop lineup. It has a TDP of 55-75W and includes the same 64MB of L3 cache as the desktop CPUs, which is expected to improve overall gaming performance.

The Phoenix platform, consisting of the Ryzen 7040 series, will feature a mix of mobile-specific monolithic CPU dies. The Rembrandt-R (7035 series) and Barcelo-R (7030 series) platforms, based on Zen 3, will be cheaper options, especially with 15-28W U-series parts. The Zen 2 Mendocino platform, announced late last year and already part of the Ryzen Mobile 7000 family, remains a budget option for thin and light laptops.

These Ryzen 7040 series chips are said to be 30% faster than the Apple M1 Pro, allowing laptops to run videos for up to 30 hours on a single charge. The specific processor used for this comparison was the older AMD Ryzen 9 7940HS, which features 8 cores and 16 instruction threads, operating at a frequency of up to 5.2 GHz. It should be noted that this performance increase only applies to multi-threaded mode.

AMD also announced a new line of processors for desktop computers called the Ryzen 9000 series, based on the Zen 3 architecture and built on the TSMC 7nm process. The lineup includes the Ryzen 9 5950X, Ryzen 9 5900X, and Ryzen 7 5800X, all of which offer significant performance improvements over the previous generation of Ryzen processors.

AMD boss Lisa Su also announced the Ryzen 7000X3D series processors at the event — focusing on gaming community. The CPUs are to be released in February in three models with eight to 16 cores. Announced the addition of three new Ryzen X3D processors are — the Ryzen 9 7950X3D, Ryzen 9 7900X3D and Ryzen 7 7800X3D.

The previous model Ryzen 7 5800X3D was also known for its high efficiency, since very high clock rates were not necessary for games due to the large L3 cache. At the same time, however, they could not be implemented anyway due to the high temperatures. As a result, the computing power in productive applications was lower compared to other 8-core processors.

The 12 and 16-core models with 3D V-Cache, which have now been announced for the first time, should offer an unusual solution here. Since they are equipped with two CCDs (core/cache die), one CCD with 3D V-Cache and one CCD without the large cache are installed. The cores on the regular die should be able to run with the usual high boost frequency while applications with high cache requirements run on the other die.

The CCDs with 3D V-Cache do not reach the high clock rates of the regular chips. The announced Ryzen 7 7800X3D should appear with a boost clock of 5 GHz. Compared to the Ryzen 7 7700X , that’s 400 MHz less clock speed. This processor in particular should therefore be primarily suitable for gaming, while the larger processors with two CCDs should cover a wide range of applications.

Overall, it was a busy and exciting CES for AMD, with some new products and updates announced across various categories.