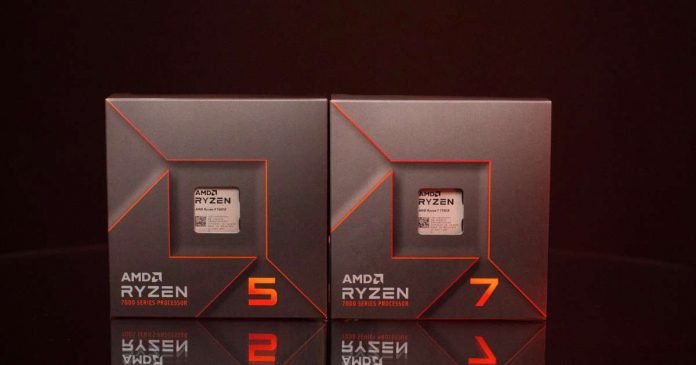 AMD has introduced the Ryzen 7000, aka Raphael, based on Zen 4 architecture and 5-nanometer manufacturing technology, along with the new AM5 socket platforms. The commercial debut of these processors will take place on September 27th.

For the time being, there will be four processors belonging to the Ryzen 9, Ryzen 7 and Ryzen 5 families — they are all based on the same design. The new platform is combined with DDR5 memory, thanks to which AMD has been able to obtain a significant increase in bandwidth, as well as a PCI Express 5.0 controller integrated into the processor.

The Zen 4 architecture is said to improve the performance per clock by an average of 13 percent, and the frequencies and power budget also increase significantly. In order to achieve this type of result, AMD has also used the 5-nanometer production technology made available by its partner TSMC.

AMD got 60 percent of the performance gain in the area of ​​the front end, and the load/store blocks and the branch prediction have also been improved. In addition, the L2 cache was doubled to 1 MB and the µOp cache increased by 50 percent. AMD doesn’t touch the L3 cache, it stays with the well-known 32 MB for a CCD.

AVX-512, as a well-known extension that has now been confirmed in a benchmark for the first time, can contribute major performance gains depending on the area of ​​application. According to AMD, the instruction set extension should bring up to 30 percent for FP32 inferencing and even 150 percent for INT8 code, thanks to VNNI (Vector Neural Network Instructions). Unlike Intel, AVX-512 was implemented with two clock cycles, which is why the absolute throughput does not double compared to AVX2.

The first four Ryzen 7000 processors for desktop PCs rely on an iGPU based on 2 CUs with a model-independent 400 MHz base and 2,200 MHz turbo clock. Ryzen 6000 Mobile currently offers 12 CUs as the Radeon 680M and 6 CUs as the Radeon 660M. However, AMD had previously indicated that the iGPU in Ryzen 7000 for desktop PCs is primarily used to fulfil the basic image output functions and for video encoding and decoding.

All new CPUs will have a small integrated graphics unit, but more details on this will only be available at launch. All must be operated with DDR5, and only this memory standard is available on the new platform around the socket AM5 (LGA 1718) with its eponymous 1718 contacts.

The cornerstones of the new AM5 platform have been known for some time; now, there are the launch details. Only the two X670 chips will appear at the start, followed by the B650 solutions from October, including the B650E as a newly confirmed solution. Another pillar of the new platform will follow in November — PCIe 5.0 SSDs.

One of the novelties of the AM5 platforms is the AMD EXPO technology, EXtended Profiles for Overclocking — the compatible memories allow you to automatically use the best timing and clock frequency settings for pairing with Ryzen 7000 processors, allowing you to increase performance overall.

AMD is visibly proud of the performance, which comes to the fore thanks to the high clock and the increased IPC. According to the manufacturer, each of the four Ryzen 7000 processors can now beat an Intel Core i9-12900K in Geekbench’s single-core test.

The debut of the Ryzen 7000 CPUs is only the first step, for AMD, in the launch of the new generation of processors. The Zen 4 range will develop with two other versions, the first of which will be for CPUs equipped with 3D V-Cache technology, while the second is the Zen 4c one dedicated to specific EPYC processor versions dedicated to cloud areas.