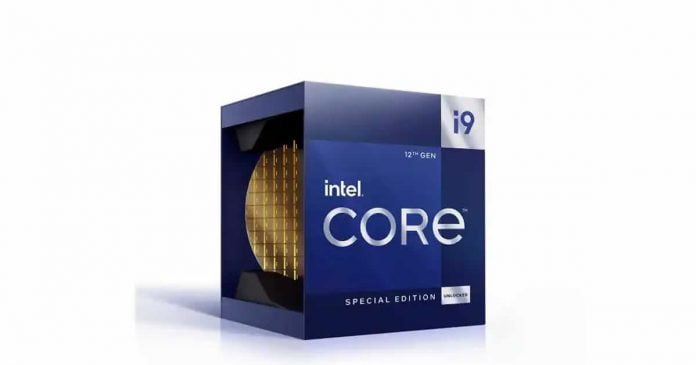 Intel has confirmed the market launch of the Intel Core i9-12900KS for April 5th and its specifications. Intel Core i9-12900KS is crowned, due to performance, as the fastest chip of the entire market offer for desktop systems and shows how good it has been for Intel to make the leap to hybrid architecture with Alder Lake.

When comparing it to the Core i9-12900K, Core i9-12900KS’s maximum frequency in turbo mode has risen from 5.3 to 5.5 gigahertz in two of its cores. Intel has not yet announced how the Adaptive Boost affects the clock rates and consumption of the CPU.

Thanks to the distribution of high-efficiency and high-power cores, this Intel Core i9-12900K integrates 8 P cores and 8 E cores. Of course, it is compatible with PCIe 5.0 and 4.0 and supports DDR4 and DDR5 RAM. In the first case, it can support RAM memories of up to 3,200 MT/s and in the second, 4,800 MT/s. The chipset remains the same, compatible with Z690 motherboards that integrate the latest BIOS version.

This is a processor that comes shortly after the AMD Ryzen 7 5800X3D, a processor that is designed for both multimedia performance tasks and video games. It is AMD’s first CPU to integrate 3D V-Cache technology and also uses AMD StoreMi technology, which combines SSD speed with hard drive capacity in a single unit. This is a slightly lower processor, with 8 cores and 16 threads that reach a turbo frequency of 4.5 GHz and integrates a total of 96 megabytes of L3 cache.