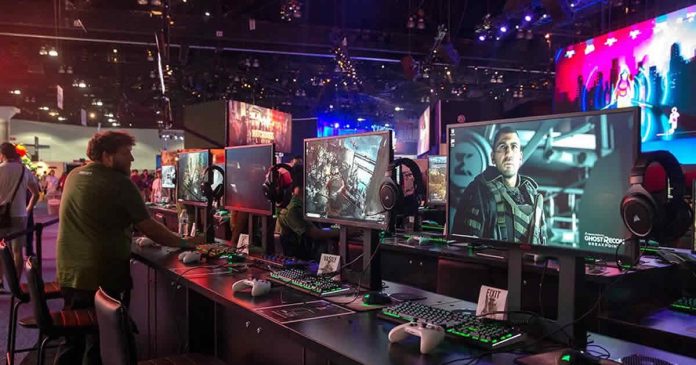 Esports have become increasingly popular over the years, and the past few months have only proved esports’ staying power. For a new fan, though, how can you keep up with your video game tournaments? And how can you best watch esports on your TV?

So here are some options for finding esports on US television.

Fox Sports bought some of the NFL’s Network broadcasting rights, giving them a unique opportunity for esports. That deal included the NFL’s Madden and other esports broadcasting, after all.

This winter, Fox Sports ran a winter Madden Championship that went on from November 10th to February 5th, sponsored by Pizza Hut. This club championship was a pretty big hit, and plans to return in the future. Fans of games like Madden, NBA, and other sports video games should keep an eye out for future broadcasts.

While most TBS esports broadcasting happens on their related site, ELEAGUE, their highlight show, ELeague Super Punch, regularly airs on their cable network. If you want to watch the coolest moments in esports, tune in to enjoy more of the show. After all, Tony Hawk joined the cast late last year, so the program will only come back bigger and better.

While it isn’t exactly cable, WePlay does offer their own way to watch your favorite esports. Right now, you can download the WePlay Esports Smart TV App onto your phone or SmartTV. That way, you can watch different tournament streams or VODs wherever you go (or from the comfort of your own couch).

With WePlay’s WUFL tournament coming up, keep an eye out!

In 2020, ESPN made US television history by having an all-day esports extravaganza on April 5th. ESPN made a lot of the early NA strides, having broadcasted important video game events like the LoL NA Championship League.

However, in November of 2020, ESPN tragically shut down their Esports Editorial team. They have since been shutting down all their major esports broadcasting. While their ESPN app and Twitch will show events like the Rocket League championship at the 2021 X-Games, their cable network doesn’t have many (if any) esports in their line-ups.

As we exit the pandemic, though, ESPN likely will open new doors for esports again. So, keep an eye out for that!

Not all of North America is so minimal on its televised esports, though. Canada is ahead of the curve. They have the 24-hour GINX gaming channel, which streams esports events at all times. GINX’s programs include CS:GO, Overwatch, Nintendo tournaments, game breakdowns, and so much more.

Unfortunately, though, without doing some VPN wizardry, US fans can’t exactly tune in.

While television networks have taken a growing interest in esports, they’ve remained pretty cautious about the video game scene. Esports is a multimillion-dollar market that has only grown in popularity and fans since the Nintendo championships of the 80s. However, many people still consider the scene a fad that’ll die out at any moment.

Nothing proves how common this opinion is like the television networks’ reaction to esports during COVID. As mentioned with ESPN, many networks killed their plans for esports on cable TV in 2020. Instead, they tied many of their esports contracts into their new streaming services. Hulu, Disney+, ESPN+, and many others all have esports features/deals with their platforms. While that’s still great new exposure for esports, it does show how little networks trust the video game scene to make a dent in network television ratings.

However, if you have a Smart TV, you’re in luck! You can put as many streaming apps as you want on your television, effectively creating an esports network of your own.