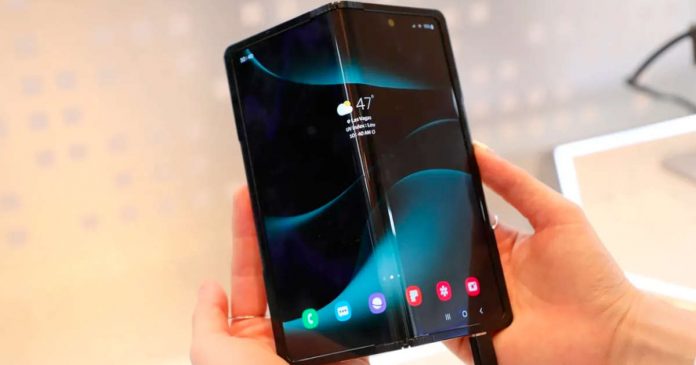 At CES 2023, Samsung Display unveiled a prototype of a revolutionary flexible display.

The Flex In & Out display seems to have a unique folding mechanism that allows it to flex in both directions, inward and outward. This is a huge step in the world of foldable smartphones since it gives customers greater freedom in utilising their gadgets.

The prototype’s “water drop” hinge design is one of its most prominent features. The smaller hinge size provides less stress on the display, reducing the appearance of wrinkles on the screen. Similar concepts, such as the “accordion screen” presented at the iMiD expo in September 2021, had previously been demonstrated by Samsung Display. On the other hand, this current prototype marks a substantial change from earlier designs in that it allows for a full 360-degree folding motion.

Today’s commercial versions of foldable smartphones, such as the Samsung Galaxy Z Fold 4 and Flip 4, have hinges that only allow for inward folding. Consumers and rivals have criticised this since the fold lines on these gadgets are typically visible. Other manufacturers like Oppo and Motorola have used more subtle fold lines in their foldable smartphones.

It’s unclear whether Samsung will include the Flex In & Out display in its upcoming Galaxy Z Fold 5 and Flip 5 devices, which are set to launch in August 2023.