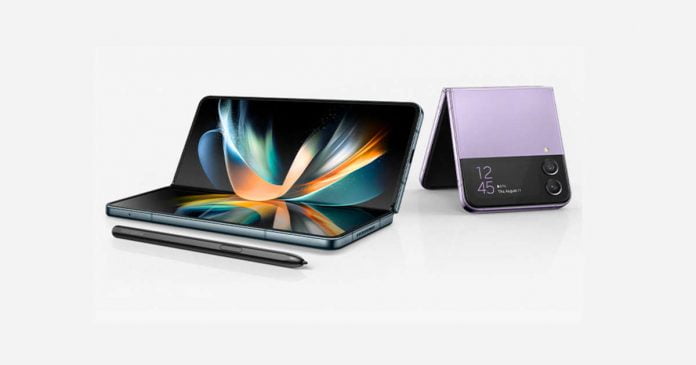 Samsung has announced the next generation of its foldable devices — Galaxy Z Fold 4 and Galaxy Z Flip 4 — both powered with Qualcomm’s current top SoC, the Snapdragon 8+ Gen1.

At first glance, Samsung has only made a few changes to the Galaxy Z Flip 4, but in detail, there is a larger battery that can be charged faster, a better camera and a faster processor. The outer display supports more functions, such as paying without opening the smartphone.

When it comes to the Galaxy Z Fold 4, Samsung sharpens the larger of the two new foldable. The screen bezels are narrower, the hinge protrudes less, the cameras have been improved, housed the latest Qualcomm processor, and the software is even more capable of multitasking.

The Galaxy Z Fold 4, the new crown jewel of the Korean brand, is Samsung’s thinnest and lightest Fold to date, with a folded thickness of 14.2 mm and a weight of only 263 grams.

The Fold 4 has a 6.2-inch AMOLED display on the outside, which is the same size as the Fold 3. However, Samsung has reduced the bezels around the screen, which is why the format is a little wider. The resolution is 2,316 x 904 pixels, the frame rate can be varied between 48 and 120 Hz. The display is protected by Gorilla Glass Victus+.

The Galaxy Z Fold 4 offers improved multitasking on its large display thanks to Android 12L. When an app is open, a taskbar appears at the bottom of the screen. With it we can easily switch between predefined and recently opened apps. The bar also makes it easier to open apps in split-screen mode: we can drag apps directly from the taskbar to the workspace, after which they open in a smaller size.

The starting price of the Galaxy Z Fold 4 is $1799 and will be available from August 26 in the colors “Graygreen”, “Beige” and “Phantom Black”.

Like its predecessor, Galaxy Z Flip 4 has a clamshell form factor and again has a small screen on the front. If we open the smartphone, the 6.7-inch, foldable AMOLED screen appears. It has a resolution of 2,640 x 1,080 pixels and supports a frame rate of 1 to 120 Hz, and supports HDR10+. In the middle of the display panel, you can again see a clearly visible crease.

The main cameras of the Flip 4 can also be used for self-portraits — also, we can not only use notifications, weather information, media control and other shortcuts on the small 1.9-inch external display, but the screen also serves as a viewfinder for the cameras attached next to it.

Flip 4 comes with 3,700 mAh, a 12% larger battery, which this time can be charged with 25 instead of 15 watts. Wireless charging is supported with 10 watts. Compared to the previous year, the weight increased slightly to 187 g.

Flip 4 has a conventional Android 12 installed as Samsung markets it as a normal-sized smartphone that can be folded up to save space.

Samsung wants to launch the Galaxy Z Flip 4 on August 26 with prices starting at $1049. The four standard colors include “Bora Purple”, “Graphite”, “Pink Gold”, and “Blue”.

Like all Samsung smartphones, the Galaxy Z Fold 4 and Galaxy Z Flip 4 come with a four-year update promise for new Android major versions and five years for Android security patches. 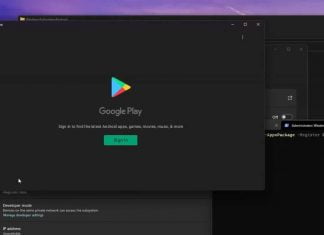