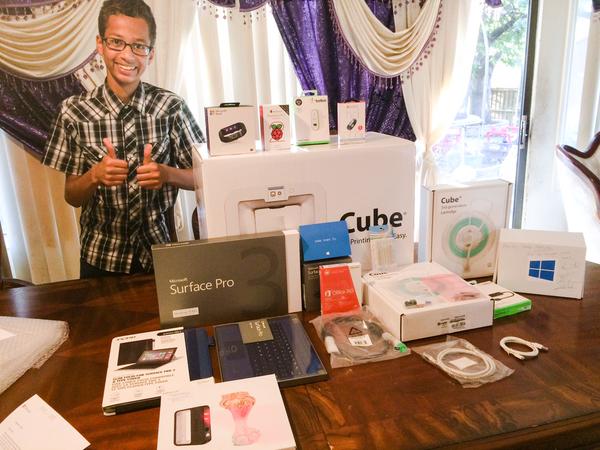 This week the most viral news was about a 14-year old Texan, Ahmed Mohamed, got arrested for bringing a home-made clock into school. A teacher at the Irving school exclaimed “it looks like a bomb,” resulting in a call to police. After that incident many popular figures like, Obama, Facebook, Microsoft, etc came forward to help Ahmed Mohamed.Even though a campaign was also started in Twitter in the a name ” #IStandWithAhmed “.

Now Microsoft surprised Ahmed Mohamed with a big box of gifts containing, a Surface Pro 3, a Microsoft Band, a 3D printer, an Office 365 subscription, and much more.Alia Salem, the executive director of the Dallas Council on American-Islamic Relations, tweeted yesterday that:

The 14-year-old was arrested this past Monday at his Irving, Texas high school after bringing a homemade clock into class to show his teacher at MacArthur High School. He was then questioned by police and taken into custody for building what the police call a “hoax bomb.”Mohamed was eventually released after police did not file charges.