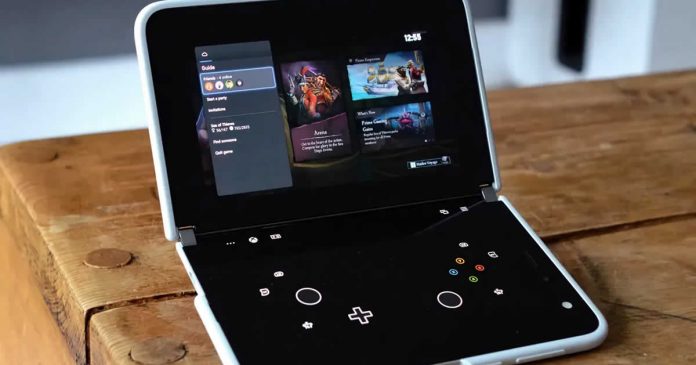 Unlike before, the controller overlays are no longer displayed above the game but are shown separately on the second display. As a result, they are no longer overlap the game content when playing, as is still the case with smartphones with only one screen.

Thanks to the update to the Game Pass app, the Surface Duo actually looks more like a handheld gaming console than a smartphone. For some, the virtual controller might still take more getting used to than a real gamepad. Alternatively, the Surface Duo can of course still be connected to a controller.

According to The Verge, Microsoft has added touch controls for more than 50 games so far. Players can now enjoy games such as Grand Theft Auto V, Sea of ​​Thieves, and Gears 5, among others, directly from their dual-screen Android phone and without the need to connect an external controller.

In the update description of the Game Pass app, Microsoft only mentions the Surface Duo as a possible device for the new display layout. It is apparently not available for devices with a foldable display.