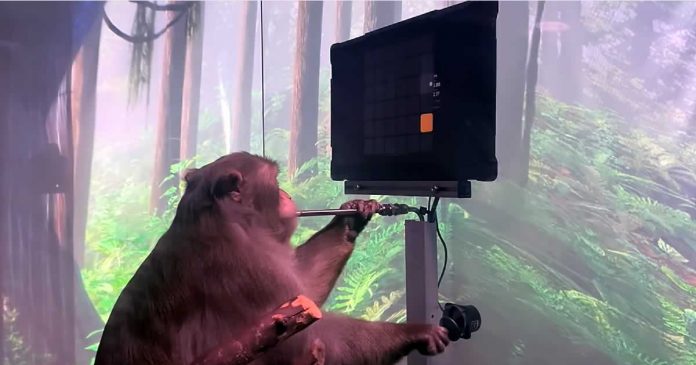 Elon Musk’s mysterious project Neuralink, which specializes in brain-computer interfaces, has published a video of a monkey playing Pong using only his brain.

While the first experiments were carried out on pigs, now in the three-minute clip, a nine-year-old macaque named Pager controls the video game Pong using two Neuralink brain implants, according to the company.

According to the official description, these were inserted into the primate’s brain six weeks before the video was recorded. Previously, the scientists taught Pagers how to control Pong using a joystick by rewarding him with a banana smoothie made from a straw for each ball hit.

Using the brain implant, they recorded the monkey’s neuronal activities while playing. With this data, it was possible, according to their own statements, to assign the respective active neurons to certain control commands. As a result, Pager can control the game without the joystick being connected.

However, Neuralink does not provide verifiable evidence for the experiment presented. The company has not published an accompanying written version of the research results, as is customary in scientific circles. Company co-founder Elon Musk is still self-confident as usual on Twitter.

The Tesla boss tweeted that the first Neuralink implants will allow people with paralysis to control a smartphone by the mind. The operation should be faster than manual input.

Neuralink’s is by no means the first project that seeks to control objects with the mind. Last March, Facebook presented a new technology that interprets nerve signals to apply movements to augmented reality using a bracelet.