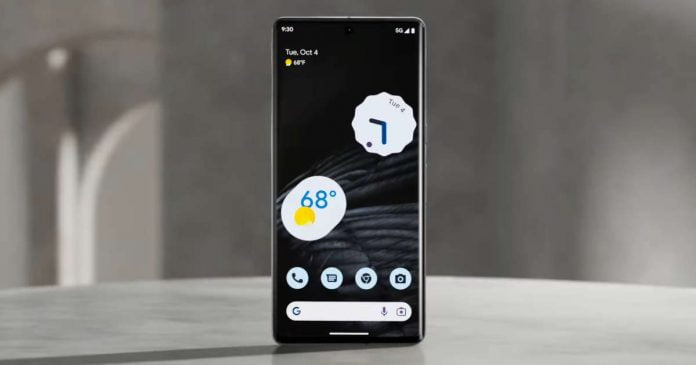 Android mobile with the system to support 64-bit apps means that it has some important advantages related to security, performance and efficiency for day-to-day uses. The first smartphone to support that is the Google Pixel 7 Series.

Google Pixel 7 series is one of the best launches this year, and there is no doubt. But we have overlooked that we are facing the first Android phones with a 64-bit system, just like in PCs. We are talking about the phones that use less memory, obtain better performance and offer increased security.

The fact that they are the first 64-bit smartphones means that they have abandoned 32-bit-based support, which brings improvements in different aspects that enhance the user experience too.

Google hopes that soon more smartphones will join the 64-bit platform. At first glance, the benefits of a phone using the 64-bit system are that you can use up to 150 MB lesser RAM, more space for address space layout randomization (ASLR ) — a function for memory space management, and even the possibility of improving the performance of the processor by 25% when using this system instead of the 32-bit one.

Google wants manufacturers to use the 64-bit system only for smartphones with the required hardware to support it. Other devices, such as those dedicated to Android Go(low-end phones), Android TV and Android Wear, will remain in the 32-bit system.

There are more improvements, but they are related to the development of apps for developers to identify memory errors and faster operating system updates.

In other words, it is a much more stable system than the one based on 32-bits, and it is also interesting that Google introduced 64-bit support in 2014. It took almost ten years to launch the first 64-bit-only mobile, the Google Pixel 7 series.