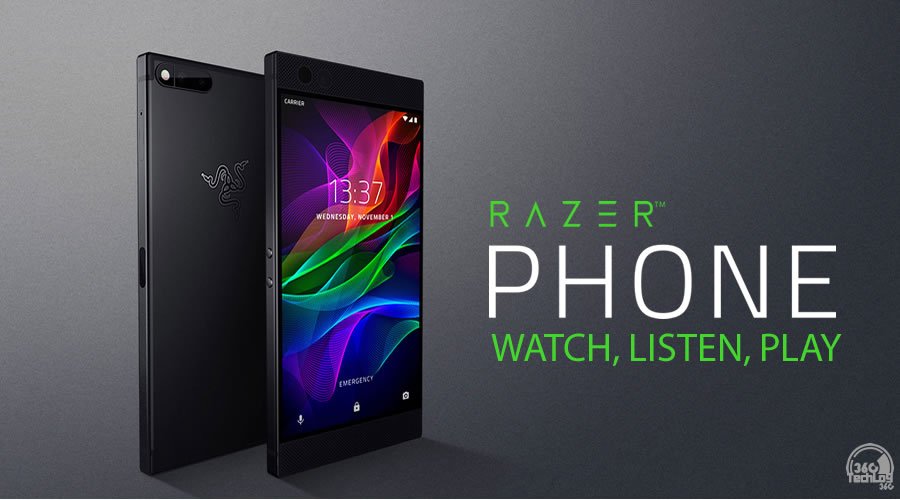 After so many speculations about specifications and design, Razer finally announced their first smartphone — Razer Phone — a high-powered smartphone geared for games — and it’s on Android platform.

Razer Inc. — the company who manufactures gaming peripheral and high-end laptops — got a hell lot of attention from gamers, when the CEO and co-founder Min-Liang Tan has confirmed that the company hopes to have its maiden smartphone on the market “by the end of the year” — targetting especially gamers. And fans went crazy after when Razer tweeted they are going to unveil something big on November 1.

Yeah, after seeing the mind-blowing specification of Razer Phone, it became sure that the company is going to hold a fair share of the smartphone market by focusing on gamers.

Razer Phone — a fully dedicated Android smartphone for gamers — equipped with a 5.7-inch 1440p screen backed by UltraMotion™ technology that delivers refresh rates up to 120 Hz. With this feature, you are going to experience zero lag or stuttering—just fluid, buttery smooth motion content on your screen.

In case of performance, Razer Phone is powering the flagship-standard Qualcomm Snapdragon 835 processor. Apart from the high-end processor, the device also comes with 8GB RAM and 64GB internal storage along expandable external storage with microSD up to 2TB. The phone is power packed with a jaw-dropping 4000 mAh lithium-ion battery plus features Qualcomm Quick Charge 4+.

In entertainment section, Razer promises an awesome sound experience with Dolby ATMOS through front-firing speakers and dual amplifiers. Like many other recent high-end smartphones, the Phone lacks a standard headphone jack. For photography lovers, the phone provides a dual 12-megapixel camera system with dual tone, dual LED flash on the back where one camera has a f/1.8 lens for wide shots and the other is a telephoto f/2.6 shooter. For selfie, an 8-megapixel front camera is there for you.

In terms of the platform and UI, the software is basically stock Android Nougat 7.1.1 with Google Assistant and the premium version of the Nova Launcher preloaded. Also a fingerprint sensor on the power button, which is located on the side of the device.

Razer is going to launch the Razer Phone in the middle of the November in the US and Europe. And the device is priced at $700 in the US (or €750 in Europe, £700 in the UK) and sold directly from Razer’s online store or Amazon.com.