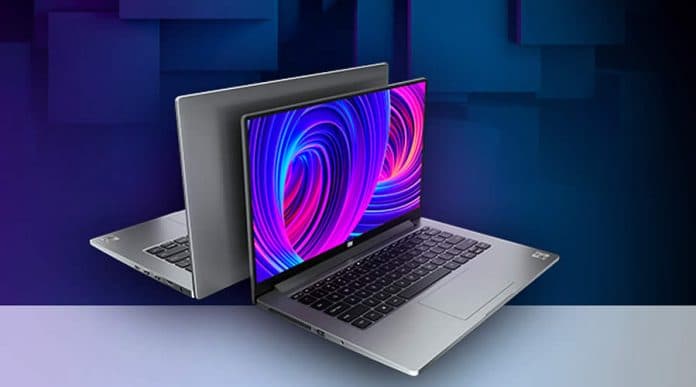 With the launch Mi Notebook 14 series, Xiaomi has officially entered the laptop space in India.

Mi NoteBook 14 series comes with Windows 10 Home and a free month of Office 365. Both laptops have sleek 14-inch displays and anti-glare FHD LCD panels with a 16:9 aspect ratio along with bottom-firing stereo speakers and a single finger lid opening.

Unlike the standard model Mi Notebook 14 Horizon Edition comes with slimmer 3mm bezels on the sides and top, which give it a 91% screen-to-body ratio and weighs in at 1.35kg.

Laptops equipped with two USB 3.1 ports alongside single USB 2.0, HDMI, and Type-C ports. A headphone jack and a dedicated charging port are also available. The laptops come with 46Wh batteries rated at 10 hours of usage and 65W chargers, which can charge the battery to 50% in just 30 minutes.

Xiaomi also included Mi Blaze Unlock in Mi Notebook 14 series, where users can unlock the laptops from their Mi Band as well as Mi Smart Share for fast file transfers from Xiaomi phones.

Mi Notebook 14 will be available on Amazon, Mi.com, and other partner platforms starting June 17th.